Fort Campbell, KY – At approximately 10:00pm, October 14th, 2018, a Fort Campbell Soldier died as the result of an off-duty shooting incident on post.

She joined the Army in 2011 and completed training at Fort Jackson, South Carolina and Fort Lee, Virginia. She served for several years at Fort Hood, Texas before arriving to Fort Campbell  back in 2016. 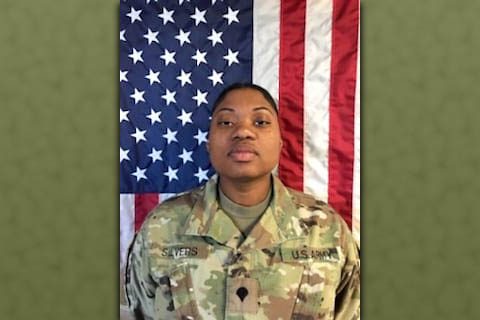 Silvers was posthumously promoted to Sergeant and received the Army Commendation Medal.

“101st Combat Aviation Brigade has lost an incredibly valued member of the Destiny team. We continue to pray for her family and friends during this difficult time,” said Lt. Col. Cayton Johnson, commander, 101st Combat Aviation Brigade (Rear), 101st Airborne Division (Air Assault). “We request that everyone respect the privacy of her family as they grieve this tragic loss.”

The incident is under investigation by U.S. Army Criminal Investigation Command and the FBI (Louisville Division).