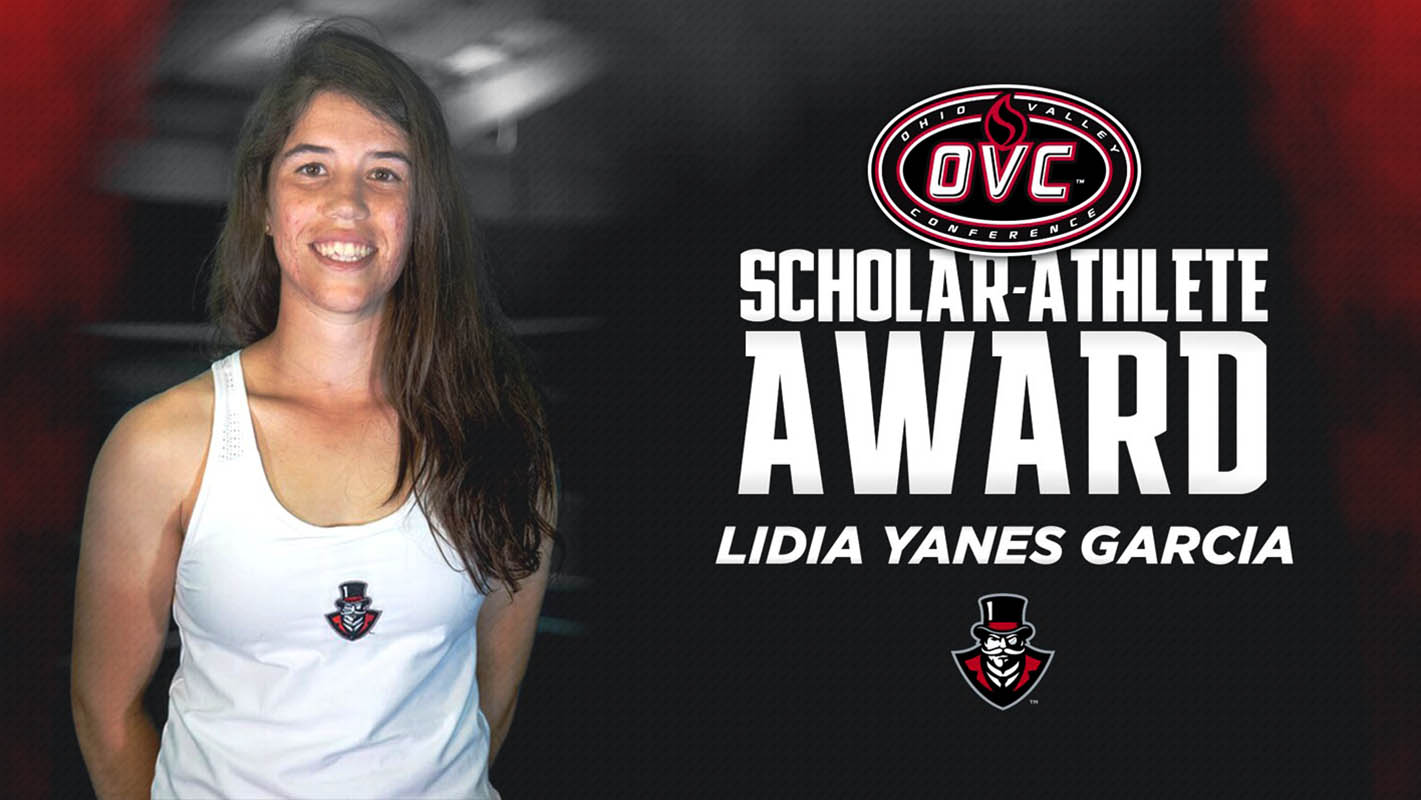 Hailing from Los Realejos, Spain, Yanes Garcia has established herself as the one of the most dominant tennis players in OVC history. 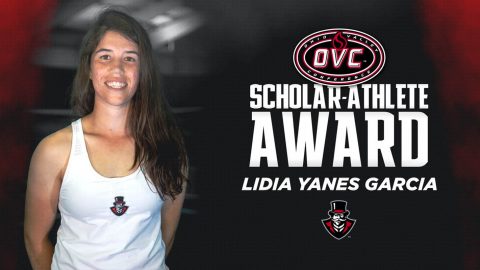 She’s been named OVC Player of the Year in each of her first three seasons, the first player in league history to win the award three times.

The 2015-16 OVC Freshman of the Year, 2015-16 APSU Most Outstanding Female Athlete and three-time All-OVC choice has posted an overall record of 54-11 in her Austin Peay career, including a 25-2 mark in OVC play.

With twin sister Claudia beset by injuries for much of last season, Yanes Garcia put the Govs on her back and led the squad to a 12-9 record and a spot in the OVC Championship match against Eastern Kentucky. This fall, she reached the semifinals in the consolation of the ITA Oracle Master’s in Malibu, California.

Her athletic accomplishments are complemented by an incredible academic background. A 2017-18 Second-Team Academic All-American, Yanes Garcia has appeared on the Dean’s List and AD’s Honor Roll each semester she’s attended Austin Peay.

A two-time ITA Scholar-Athlete, Yanes Garcia has been a three-time recipient of both the OVC Academic Medal of Honor and OVC Commissioner’s Honor Roll. She was not only a member of the 2018 Arthur Ashe Jr. Sports Scholar Team, she was one of 20 semifinalists across the nation for the Arthur Ashe Jr. Sports Scholar Award, accorded to the most decorated of the more than 1,000 outstanding minority student-athletes nominated by their respective colleges or universities.

In May, Yanes Garcia was named the Ohio Valley Region’s ITA Arthur Ashe Leadership and Sportsmanship Award winner, which recognizes athletes for their pursuit of excellence on and off the court, in all aspects of the game.

That was in conjunction with the Governors earning the ITA Ohio Valley Region Community Service Award, which Yanes Garcia had a hand in through her volunteer work at Burt Elementary, local food banks, the annual GHOST trick-or-treating endeavor and work with Buddy Ball and various tennis clinics.

Yanes Garcia is the 25th Austin Peay student-athlete to receive the OVC Scholar-Athlete Award since it was first awarded during the 1981-82 academic year, and the second in as many years, joining Kristen Stucker (volleyball). And while four members of the men’s tennis program have been named OVC Scholar-Athlete over the years, Yanes Garcia is the first member of the women’s program to take home this prestigious honor.

The OVC Scholar-Athlete Award is the highest individual honor that can be earned by OVC student-athletes and is given annually to three men and three women for their accomplishments in both the classroom and athletic arena and because of their leadership abilities.

The six winners were selected from a group of 17 finalists by a vote of OVC’s Faculty Athletics Representatives. Honorees must have performed athletically with distinction, earned at least a 3.25 grade point average and conducted themselves in a manner which has brought credit to the student-athlete, his or her institution, intercollegiate athletics and the OVC. The award is based on academic and athletic criteria/accomplishments achieved during the 2017-18 school year.