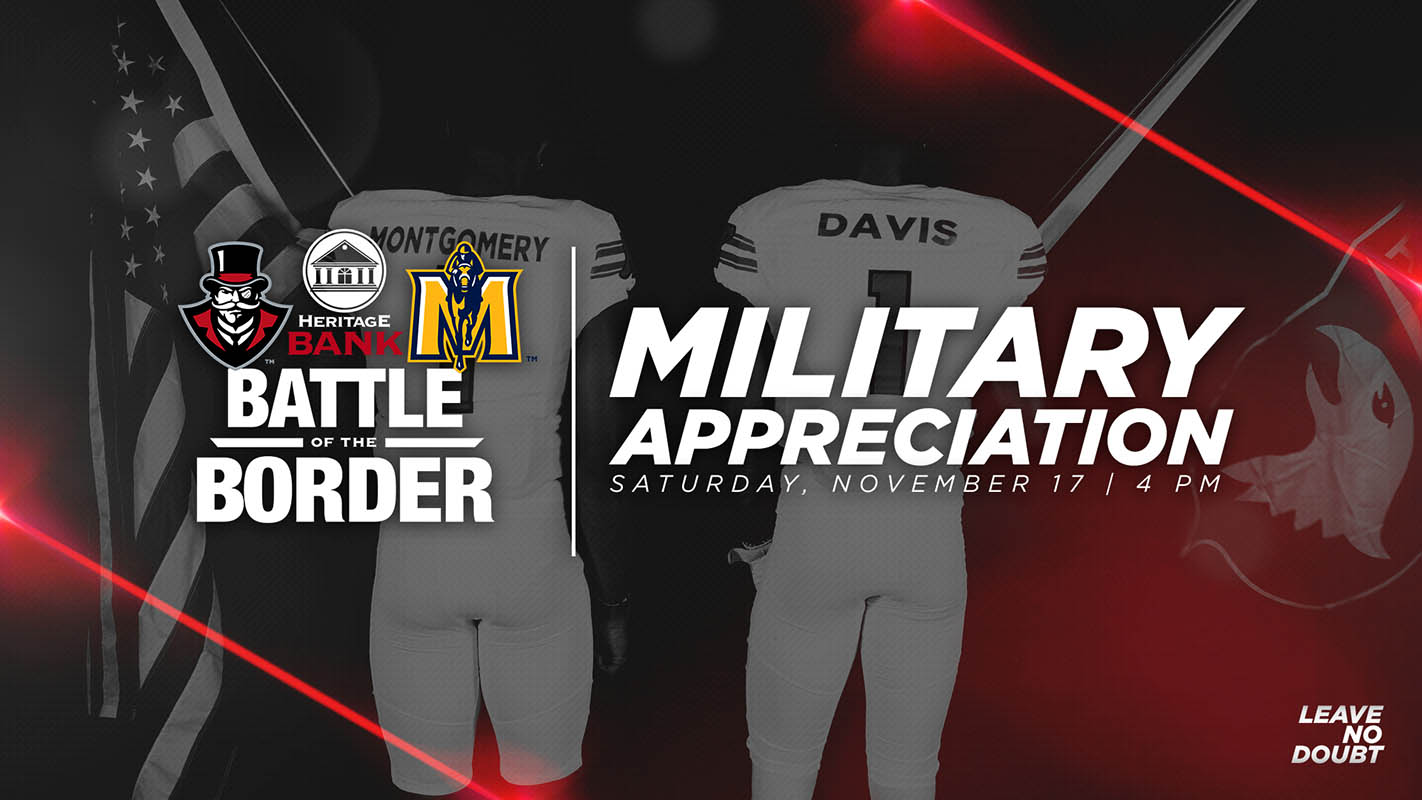 Clarksville, TN – The Austin Peay State University (APSU) football team will take the field for the final game of the 2018 regular season when it hosts Murray State in the Heritage Bank Battle of the Border 4:00pm, Saturday, November 17th at Fortera Stadium. 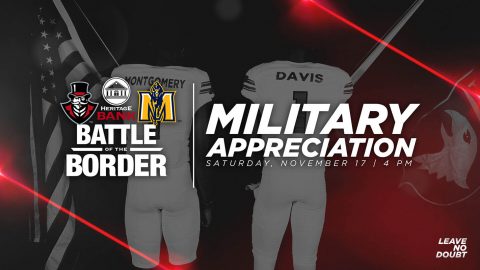 Saturday will be filled with festivities before, during and after the game, as the contest will serve as Military Appreciation Day and Senior Day. For a rundown of all the exciting events planned for the day, fans can visit LetsGoPeay.com, or click here.

The Governors (4-6, 2-5 OVC) will look to end the season on a high note by defeating Murray State for the second-consecutive season. Last year, the Govs defeated the Racers, 27-7, for the first Ohio Valley Conference victory in head coach Will Healy‘s tenure.

If the Govs were to emerge victorious, it would be the second-straight season they would post a 4-1 record at home. It would also be the first time to notch consecutive victories against Murray State since 1977-78.

The Govs boast the top rushing attack in the OVC, averaging 235.9 yards per game, led by Kentel Williams’ 713 yards and six touchdowns. Quarterback Jeremiah Oatsvall and running backs Tre Nation, Ahmaad Tanner and Prince Momodu feature heavily in the ground game, and have combined for 1,346 yards and 14 touchdowns.

The Racers (5-5, 5-2 OVC) allow 189.5 yards per game on the ground. They are led by the OVC’s second-leading tackler, Quincy Williams, who has recorded 100 stops so far this season.

The Govs’ offensive line – which has allowed just nine sacks this season – will have to contend with pass rusher Kenny Wooten, who has 10.0 of the Racers’ 20.0 sacks on the year.

Defensively, the Govs limited the eighth-ranked passing attack in the FCS of Eastern Illinois to just 188 yards last weekend, 134 under its season average. Keawvis Cummings made a number of plays in coverage, leading the Govs with three passes broken up.

Jaison Williams led the charge from the defensive line, racking up 3.0 tackles for loss, including 2.0 sacks. He moved into the Top 5 at APSU in sacks and tackles for loss after his performance.

With coverage and pass rush, the Govs’ defense will look to stymie the passing attack of reigning OVC Co-Offensive Player of the Week and Newcomer of the Week Drew Anderson. Anderson is completing 61 percent of his passes for 2,617 yards and 18 touchdowns to 12 interceptions.

“I think the improvement that Murray has made this year has been incredible,” Healy said. “I think (head coach) Mitch (Stewart) does a great job, and it will be a really tough test. Their quarterback is playing really well, they have some weapons at wideout, they have some backs that make you nervous.” 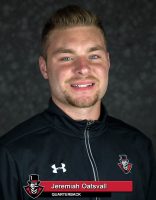 Don’t let his name fool you, Byron Glass is anything but fragile. The senior center has started 43 straight games, the longest streak at APSU since starts began being tracked in 1998. He’s the anchor of an offensive line that has allowed just nine sacks, which ranks first in the OVC and 11th nationally.

APSU allows just 208.1 passing yards per game, which ranks second in the OVC. The conference boasts six of the top 31 passing offenses in the FCS.

Senior defensive tackle Corey Brown Sr. has recorded at least a half tackle for loss in each of the past eight games, including 1.0 for loss in six of the eight. He’s fourth on the team with 7.0 tackles for loss this year.

4,000 – For the third season in a row – and just the fourth time in program history – the Govs’ offense eclipsed the 4,000-yard mark for the season. They needed just 215 yards to achieve the mark at EIU and now stand at 4,162 yards this season.

1 – Senior linebacker Gunnar Scholato needs just one tackle to eclipse 100 tackles for the season. It would be the second time in his career to do so, as he racked up 124 stops as a sophomore. He has 354 career tackles – 10th all-time at APSU.

165 – Senior wide receiver DJ Montgomery set a career high with 165 receiving yards on seven catches at EIU. He became the first Gov to go for more than 150 receiving yards in a game since Lanis Frederick in 2006.