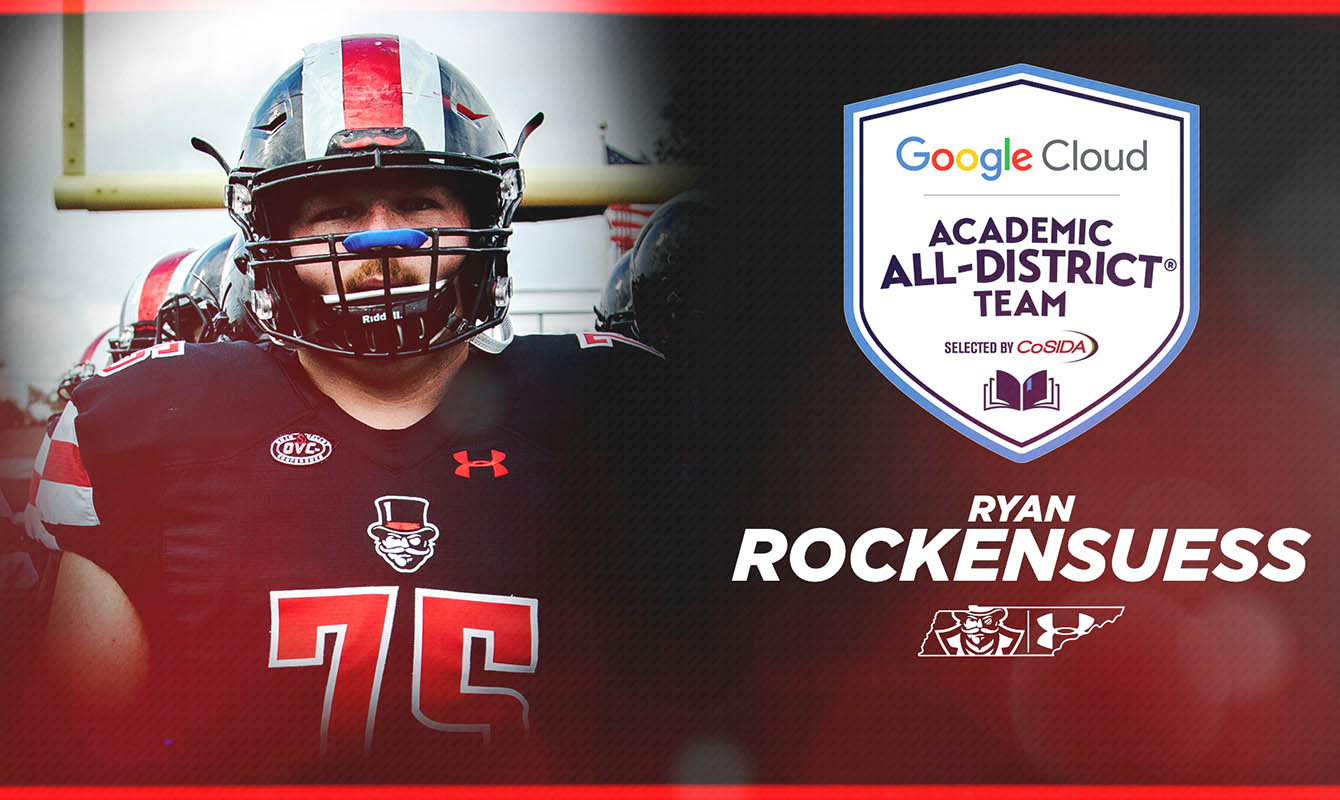 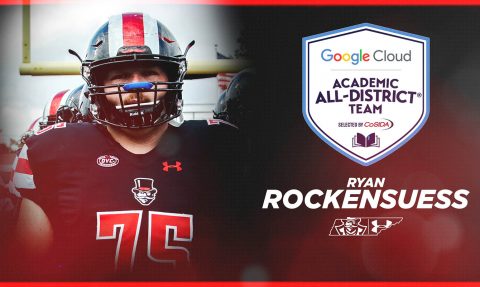 Rockensuess, a senior offensive lineman, is pursuing a Bachelor in Business Administration-Finance degree, and boasts a 3.68 grade-point average.

He has been a staple along the offensive line since his freshman season. He is second on the team with 37 career starts, including 31 consecutive.

The Troy, Michigan native is a pillar along the interior of an offensive line that has helped pave the way for the Ohio Valley Conference’s top-ranked rushing offense, which is averaging 235.9 yards per game on the ground. As a unit, the offensive line has only allowed nine sacks, which ranks 11th in the FCS.

Rockensuess is a representative of District 3, which encompasses North Carolina, Tennessee and Virginia. He is the Governors’ 36th selection to the Academic All-District® Football Team since 1992.