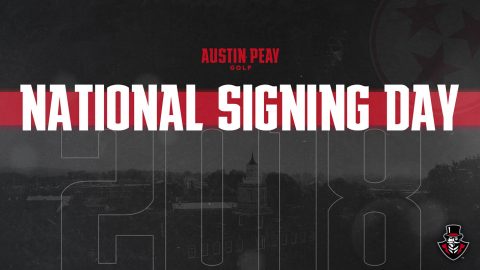 “We are so excited to have both Hannah and Zacori joining our program,” said Austin Peay State University head coach Amy McCollum [1]. “Hannah and Zacori are extremely dedicated, hardworking and talented players who bring so much upside to our program this fall. The length from both players off of the tee will help set them up for some low scores as we continue to pursue our goal of an OVC Championship.”

Hill was a back-to-back top-10 finisher at the TSSAA Division II-A state championship, placing seventh as a junior in 2017 and 10th in October, with Boyd Buchanan finishing second overall in both appearances. She earned thre medalist honors as a senior, at the Bradley Central Invitational and the Boyd Buchanan Buc Classic and as district champion. She was Boyd Buchanan’s low scorer in three of six tournaments this year, with the Bucs earning five team victories, including city, district and region titles.

“Zacori has a lot of strengths in her golf game,” McCollum said. “She has had multiple low rounds this summer and because of her desire she is just scratching the surface of what she is capable of.”

As a prep at Sale Creek High School, she led the Lady Panthers to district and region titles as a senior and a third-place showing in the TSSAA Class A/AA championships, with Holland placing fourth overall. She was a four-year all-district and all-region performer and became the first student-athlete in Sale Creek history to be an all-state honoree in multiple sports (golf and softball).

Holland is a consistent winner—she won two titles on the Sneds Tour during her age-16 season and another before her junior campaign and ranked seventh in the state of Tennessee on the Hurricane Junior Golf Tour list. And as McCollum alluded to, she can really swing the driver—she was five yards behind Alexis Belton, a World Long Drive champion, at the Golf Capital of Tennessee Women’s Open Long Drive competition in April.

“We have watched Hannah win multiple events this summer surrounded by tough competition,” McCollum said. “We look forward to seeing her impact on this program in the future.”

Hill and Holland join a talented Austin Peay State University squad which just repeated as champion of the Town and Country Invitational in Nashville and return multiple talented pieces for the 2019-20 season.