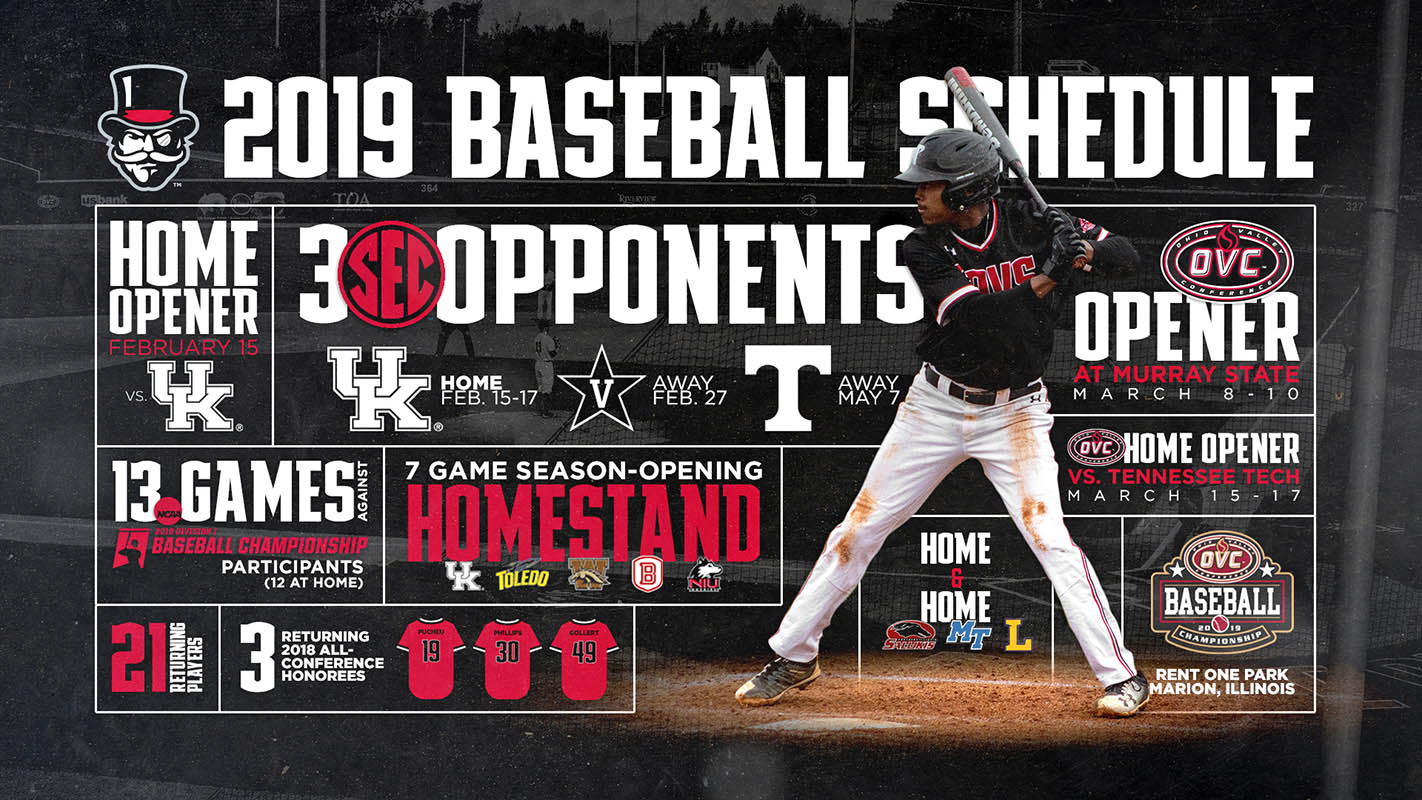 The Governors three-game set against Kentucky will open the regular-season slate, February 15th-17th. 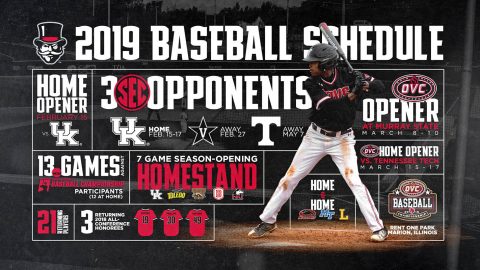 The Wildcats are one of three Southeastern Conference teams Austin Peay will face in 2018. The Governors also will travel to Vanderbilt, February 27th, and then Tennessee, May 7th.

Additionally, Austin Peay will play 13 games against teams that appeared in the 2018 NCAA Baseball Championship – Kentucky, Jacksonville, Vanderbilt, Tennessee Tech and Morehead State – with 12 of those games played at Raymond C. Hand Park.

“Our schedule will be one of the more challenging we have tested ourselves against,” said Governors head coach Travis Janssen. “One of the benefits to playing at Austin Peay is the ability to play against top-caliber opponents throughout the year. I know our coaches and players can’t wait for February 15th to arrive.”

After opening the season against Kentucky, Austin Peay will continue its seven-game season-opening homestand the following weekend when it co-hosts the Mule Mix Classic. The four-day event, Feb. 21-24, will see the Govs host Toledo, Western Michigan, Bradley and Northern Illinois.

Austin Peay then opens its first road trip of the season with a February 27th tilt against Vanderbilt in Nashville, continuing what has become an annual meeting between the two Middle Tennessee programs. The Govs then travel to Indiana State for a final three-game set before conference play begins.

The 2019 OVC Baseball Championship will be played at Rent One Park in Marion, Illinois in the first year of a two-year stay. The May 21st-26th event will feature the top eight teams in the conference playing a double-elimination tournament.

Broadcast and ticket information for the 2019 season will be released at a later date.

Austin Peay returns 21 players from last season’s team that posted a 30-27 record and reached the OVC Tournament for a third consecutive year. Among those 21 returnees are senior left-handed pitcher Jacques Pucheu and redshirt junior outfielder Parker Phillips, who were both Second-Team All-OVC honorees in 2018.