Most of them occurred as a result of hitting icy patches on overpasses or bridges. There were no serious injuries sustained in any of the crashes.

There was a patrol car which was stationary, unoccupied for traffic control when another vehicle hit ice and crashed into it. 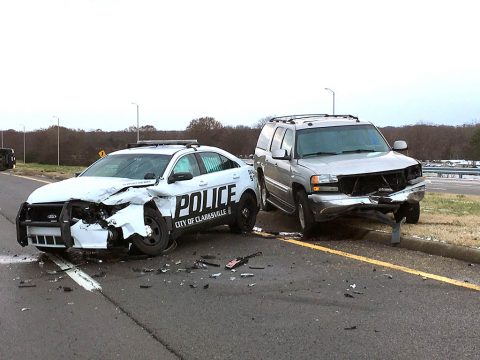 A vehicle slides on the icy road and crashes into an unoccupied patrol car. (Sgt Ferguson, CPD)