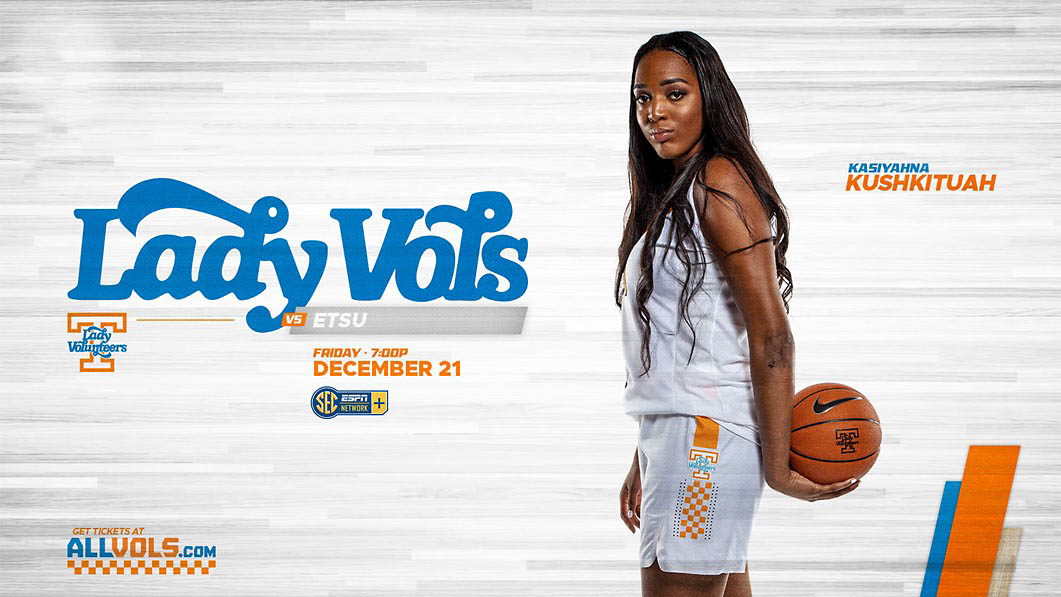 The Lady Vols return to The Summitt after dropping their first contest of the season on Tuesday night, falling at home, 95-85, to No. 8/9 Stanford in a top-10 match-up of traditional women’s basketball national powers. 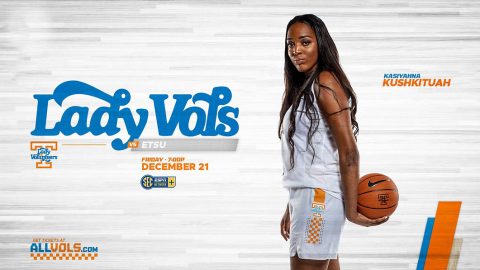 ETSU enters on the heels of a 66-58 loss to Duquesne in Pittsburgh on Sunday. The Buccaneers, who are played a challenging non-conference slate (Michigan State, South Carolina, Rutgers and Tennessee among others), have won twice in their last six games after opening 0-8.

In facing the Bucs, UT is meeting the first of three straight regional opponents, with Murray State (December 28th) and Belmont (December 30th) ahead to close out the pre-conference slate.

Tennessee leads the all-time series with the Buccaneers, 21-2-1.

Tennessee holds a 15-1 home record vs. ETSU, with the lone Buc victory coming in the first meeting at Knoxville in 1924.

The Tennessee Lady Vols have a 6-1-1 record when playing at ETSU, winning their past six games there.

The Tennessee Lady Vols are 62-20-1 all-time vs. schools from the Southern Conference.

The UT women are 242-60-1 all-time vs. four-year college teams from the Volunteer State.

Bucs coach Brittney Ezell, a native of Franklin, Tenn., played her college ball (basketball and softball) at Alabama, graduating in 1999. As a Crimson Tide alum, she has that in common with UT assistant coach Sharrona Reaves, a 1995 UA grad.

Consecutive 20s
Point guard Evina Westbrook has scored 20+ points in four straight games, the most by a Lady Vol since Candace Parker produced four in a row from March 2nd to March 9th, 2008. Parker is the most recent UT player to score 20 in five or more, getting seven in a row from Feb. 5 to Feb. 25, 2007.

Dos Double-Doubles
UT had a pair of double-doubles vs. Stanford. Evina Westbrook had her first, carding 29 points and 10 assists, making her the 14th Lady Vol to earn one in those categories. Rennia Davis (14 pts./10 rebs.) had her second D-D of the season and 11th of her career.

“Attaway” Zaay
Freshman guard Zaay Green got her fourth consecutive start and scored 14 points with no turnovers vs. Stanford. During that four-game stretch, Green is averaging 11.8 points per contest and has elevated her season average to 9.7. That number ranks fourth on the team. She has four double-figure scoring games this season so far.

Taking Care Of The Ball
UT committed a season-low eight turnovers vs. No. 8/9 Stanford. UT had only three games last season with fewer than 10 turnovers.

Scoring The Basketball
The Lady Vols enter the ETSU game averaging 81.2 points per game after tallying 85 vs. Stanford. It was the highest point total UT has scored vs. the Cardinal since hitting 98 in 1998.

Finding Another Gear
Tennessee appears to be growing offensively. The Lady Vols have averaged 86.5 points the past two games vs. ranked foes Texas and Stanford after putting up only 73.0 per contest in a quartet of games vs. Clemson, UAB, Oklahoma State and Stetson.

Last Time Out For The Lady Vols

Sophomore guard Evina Westbrook tallied a career-high-tying 29 points and dished out a season-best 10 assists, but No. 9/8 Tennessee Lady Vols fell 95-85 to No. 8/9 Stanford at Thompson-Boling Arena on Tuesday night.

Sophomore forward Rennia Davis joined Westbrook in notching a double-double (14 points and 10 rebounds), carding her second of the season and 11th of her career. Senior guard/forward Meme Jackson (17) and freshman guard Zaay Green (14) were the other Tennessee players with double-digit points in the contest.

Stanford (8-1) was led by a 33-point and 13-rebound performance by DiJonai Carrington, as the Cardinal hit 58 percent of their three-point shots (14 of 24). Four other Stanford players scored in double figures, including Alanna Smith and Kiana Williams with 16 each, fueled by 3-of-4 shooting from three-point range. Lacie Hull tossed in 14, hitting four of five treys, while Maya Dodson chipped in 10.

Leading scorer Tianna Tarter (17.7 ppg.) departed, but No. 2 scorer Erica Haynes-Overton returned after averaging 14.5 ppg. and collecting 108 steals to rank No. 6 in the nation in steals per game and No. 8 in total steals.

Head coach Brittney Ezell is in her sixth season in Johnson City, sporting an 84-86 record.

The Bucs finished 20-13 overall and 11-3 in the Southern Conference last season, falling in the first round of the WNIT to James Madison, 60-52.

The ETSU women’s basketball team faced another daunting task in Pittsburgh, PA, against Duquesne Sunday afternoon but came up just short in its quest for a road win with a 66-58 setback.

The Bucs (2-12) started strong with an 18-12 lead to open the contest but fell behind in the second quarter and could not regain the lead. Trailing by as many as 12 points late in the third quarter, ETSU put together a fourth quarter comeback that had Duquesne (5-4) on the ropes with 1:06 remaining and the Dukes ahead 60-58. The home team held off ETSU in the final minute, forcing the Bucs to foul their way to the finish.

Sophomore guard Erica Haynes-Overton (Nashville) led ETSU with a steady 16 points in the contest, while Duquesne was led by senior Chassidy Omogrosso with 23, 20 of which came in an explosive first half.

Double-doubles from All-SEC senior leaders Mercedes Russell and Jaime Nared helped the No. 14/18 Tennessee Lady Vols cruise to an 87-49 season-opening win over ETSU with 8,869 looking on at Thompson Boling Arena on November 12th, 2017.

Russell and Nared turned in solid effor­ts vs. the Buccaneers (1-1). Russell scored 20 points and corralled 10 rebounds, while Nared chipped in 13 points and 13 rebounds.

Freshman guard Anastasia Hayes came off the bench to contribute 17 points, the majority of which came on 12-for-13 shooting at the free-throw line.

Following a six-day respite from the action for winter break, the Tennessee Lady Vols return to host Murray State and Belmont on December 28th (7:00pm) and 30th (2:00pm), respectively, to close out 2018.

The UT vs. Murray State contest is a Big Orange Friday game. Download a BOGO (Buy One Get One Free) ticket voucher, available exclusively at BigOrangeFriday.com.