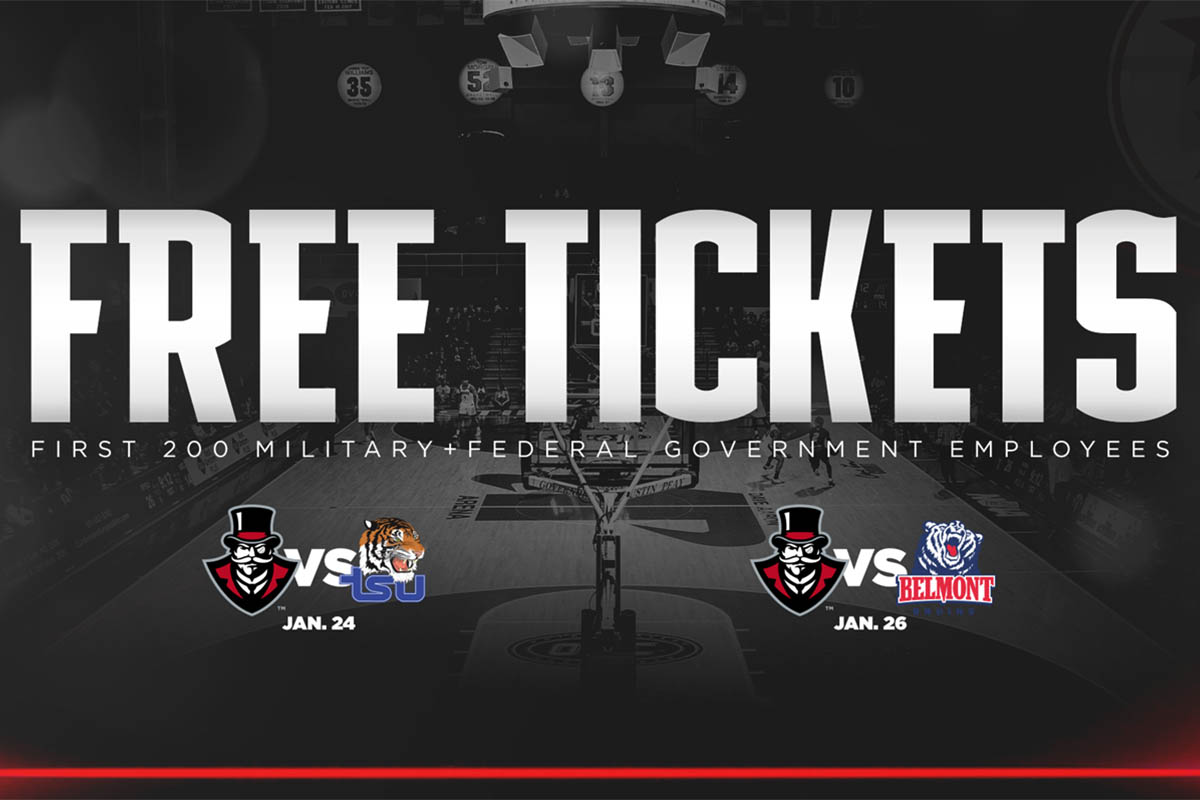 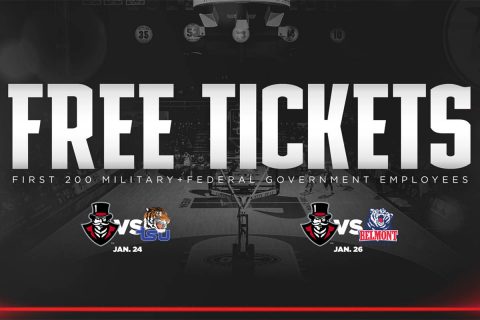 “Austin Peay Athletics has always enjoyed the opportunity to provide complimentary tickets to those who have served or currently serve our country in the United States Military,” said Harrison. “Today I am excited to match that donation with 100 additional tickets for this week’s home basketball games to federal government employees. Stacheville looks forward to welcoming these individuals and their families to the Dunn Center for the best entertainment in the area.”

Beginning when gates open 90 minutes prior to tip off, military personnel and government employees wishing to take advantage of available free admissions must enter through Gate 1 at the Winfield Dunn Center. The offer may be redeemed only on the day of the game at the Dunn Center ticket location at Gate 1.

Patrons wishing to take advantage of the offer will be allowed only one free ticket per person with a valid USPIC or federal government identification. Also, each patron may present only one identification card at the time of admission. Additional tickets may be purchased at the regular price. Since the admission is for a ticket at the time of purchase only, patrons who wish to sit together as a group should come to the game as a group. Offer is subject to ticket availability.

Austin Peay men’s basketball team enters this weekend’s home stand third in the OVC race with a 5-1 league mark. Sophomore Terry Taylor is fourth among all OVC players in both scoring (20.2 ppg) and rebounding (8.0 rpg) in conference play.

The Governors women’s basketball team will look to improve on its 7-1 home mark in 2018-19, which includes wins in each of its first two OVC contests. Senior Keisha Gregory is ranked fifth among OVC scorers with 16.7 points per conference outing.