The Governors (6-0) decimated Cumberland and Central Arkansas to stay unbeaten, only dropping one singles match over the span of two full matches. 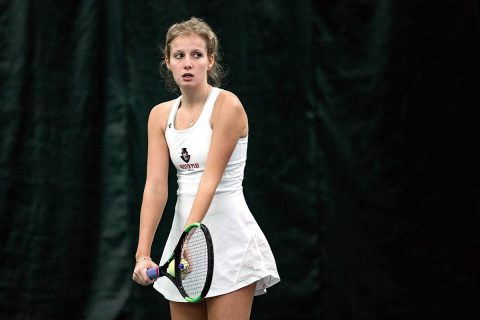 Yanes Garcia went 4-0 across the two matches last week, teaming with her twin sister Lidia Yanes Garcia [2] for two wins at No. 1 doubles and then sweeping both of her opponents at No. 2 singles in straight sets. Both the Yanes Garcia sisters and Tatiana Lopez [3] are still undefeated in singles matches to start the spring season.

Since the opening weekend, the Govs have played four matches and have won every completed singles and doubles match except one. While both Yanes Garcia sisters, Lopez, Helena Kuppig [4], and Ana Albertson [5] are all undefeated in singles matches in that span, Claudia and Albertson have won them all in straight sets.

About the IUPUI Jaguars

The Jaguars (2-4) are coming off a 7-0 beatdown of Dayton at home. The two programs met last year in Clarksville, with the Govs coming away with a decisive 6-1 victory, despite playing with just five healthy players.

Stay up to date with all the latest action by following @AustinPeayWTN on Twitter.