Clarksville, TN – Clarksville Police report that there was a home invasion in the 800 block of Biglen Road around 7:52am on Thursday, February 28th.

A man arrived at home, exited his vehicle and was approached by two men outside of his residence displaying handguns. He was hit in the head with a handgun and his BMW keys were taken.

He was able to get away from the men and ran behind a building at which time the men entered his residence. They were inside the house a short period of time and then fled the scene in the stolen BMW. 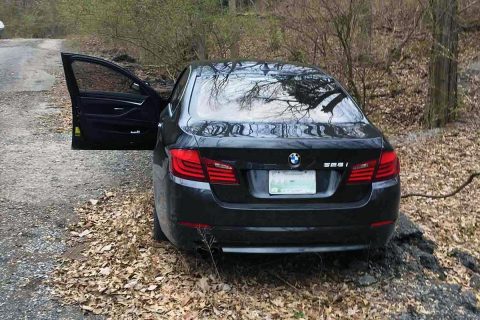 The stolen BMW was abandoned on Quarry Road that leads to the Vulcan Plant.

There was also a newer model red or maroon Ford Fusion with a Knox County tag which, may have been involved in the home invasion, which left the scene.

When the stolen BMW was located minutes later on Lafayette Road, it fled and officers lost sight of the vehicle.

It was spotted again on Providence Boulevard, turned into the Vulcan Plant off of Providence Boulevard, which is where the individual(s) abandoned the vehicle and fled on foot. Clarksville Police saturated the area with officers and K-9s trying to locate the suspect(s), but they eluded officers.

The victim had minor injuries and was not transported to the hospital.

The suspects were described as two black males, one was wearing a black Adidas jacket and the other male had dreads which were almost shoulder length. They should be considered armed and dangerous.

Police are also trying to locate the Ford Fusion.