Clarksville, TN – The APSU Department of Art + Design, with support from The Center of Excellence for the Creative Arts, and in partnership with Tennessee State University, is pleased to welcome artist, Carl Pope, to Austin Peay State University.

“I’ve been a fan of Carl Pope’s work for a long time, and he was on my list of artists to invite to campus next year,” Michael Dickins, chair of the Visiting Artist Speaker Committee, said. 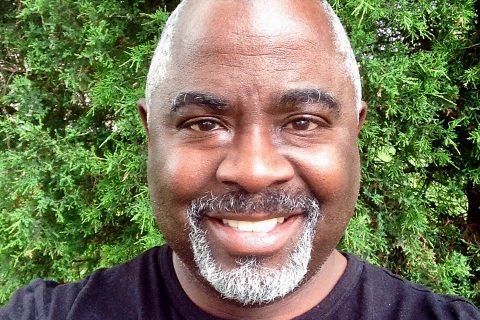 “I then found out that my colleague, Courtney Adair Johnson, gallery director at Tennessee State University, had invited Carl to curate a show, Nashville Visionaries, in her gallery this semester. I immediately contacted her to discover that Carl would be in residency, for a week at the beginning of the semester, to curate the show with no plans to return,” stated Dickins.

“I then suggested the partnership for us to fund a return visit for Carl,” said Dickins. “It all worked out, and I’m glad, with support from CECA, to be able to bring him to APSU for a lecture, then to TSU for a closing reception for Nashville Visionaries.”

Carl Pope is an interdisciplinary conceptual artist who uses intertextuality to reveal, reflect, and create interconnections between viewers of his work and the culture. His artistic practice is committed to the idea of art as a catalyst for individual and collective transformation.

His photographic and multimedia investigations of the socio-economic landscape of Indianapolis earned critical acclaim at prestigious venues like the Museum of Modern Art and the Museum of Contemporary Photography in Chicago. The installation “The Black Community: An Ailing Body” received support from the John Simon Guggenheim Foundation and the National Endowment for the Arts in 1993.

His work gained national and international exposure in two exhibits: New Photography 6 at the Museum of Modern Art and Black Male, at the Whitney Museum. Pope frequently works in large-scale public art and collaborates with communities and cities to stimulate public dialogue and revitalization.

Pope expanded his public art practice with projects in Hartford, Connecticut, Atlanta and New York for “Black Male” at the Whitney Museum of American Art. In 1996, Pope enrolled in the MFA program at Indiana University and widened his conceptual concerns to include an investigation of the self. The initial excursions into his own interior landscape produced Palimpsest, a video/writing project with twin sister Karen Pope.

Palimpsest, commissioned by the Wadsworth Athenaeum with grants from the Warhol and Lannan foundations, was included in the Whitney Biennial 2000 exhibition. Pope’s most recent installation of letterpress posters called The Bad Air Smelled of Roses continues his ongoing exploration into inner space.

Today, as we head into post-post-modernity and the Second Wave of the Civil Rights Movement through Black Lives Matter, Pope sees his practice as taking on some of the principles of the African-American tradition of call and response. Says Pope, “Through my work, I’m creating a call based on my own responses, but then I’m looking at the response that I’m receiving to further anything else that I’m doing.”

As he participates in this process, Pope remains committed to equality, decolonization, interdisciplinarity, intertextuality and an end to war. Through his work he strives to open doors of perception that can help viewers understand that the conventions that have brought us to this point in the history of human culture are malleable, and that the direction in which society evolves in the future depends on our ability to understand the words and images all around us, and to respond in sophisticated and compassionate ways.

For more on this lecture, contact Michael Dickins, director of galleries, at [2].

All events are free and open to the public. All ages are welcome.