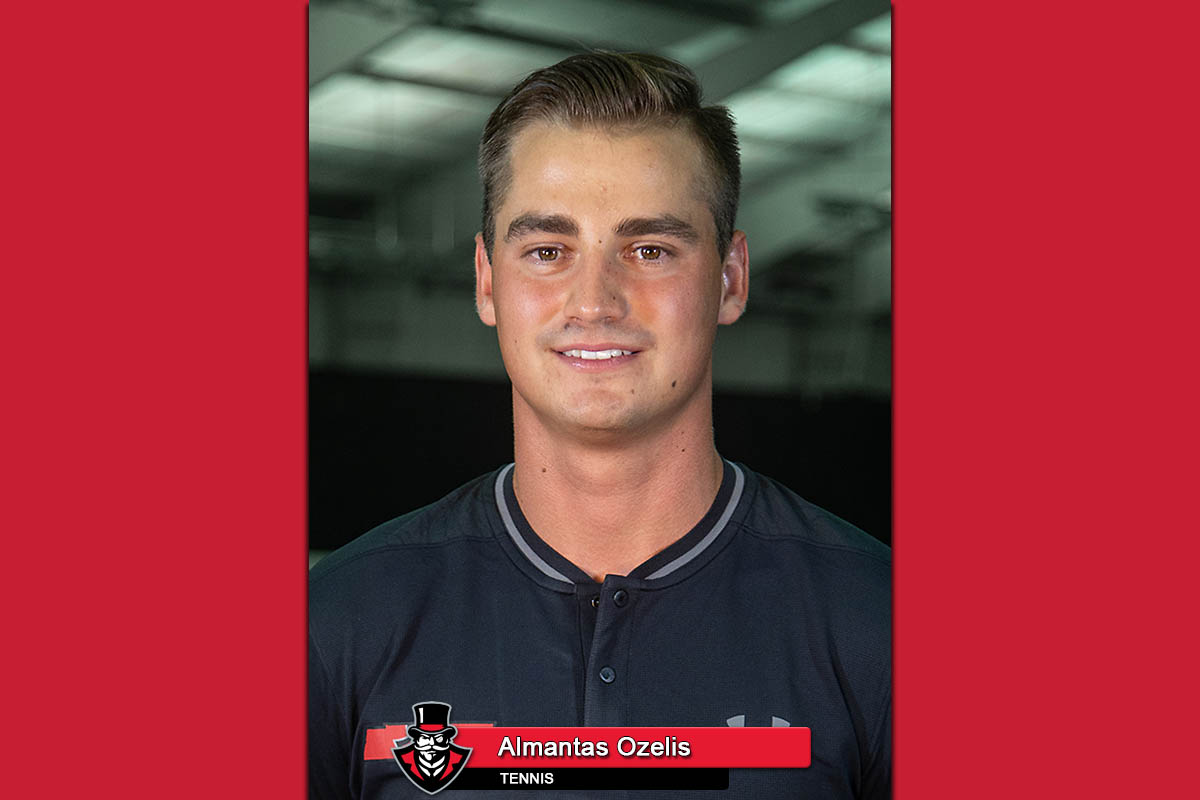 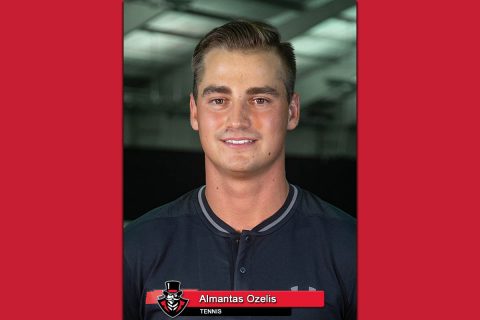 The Marijampole, Lithuania native won in singles and doubles during the Governors 5-2 victory against Southern Indiana, Friday.

He teamed up with Anton Damberg at No. 1 doubles to score a 6-4 victory and help the Govs secure the doubles point. He then made quick work of Southern Indiana’s Ilia Karelin at No. 1 singles, cruising to a 6-0, 6-2 victory.

Though the Govs fell at Kennesaw State, Sunday, Ozelis had taken the first set at No. 1 singles, but was unable to complete the match as the team outcome had been decided.

It is the third OVC Player of the Week honor for Ozelis in his APSU career, and the first for a Governor since Ozelis earned the distinction April 9th, 2017. Ozelis shares the award with Tennessee State freshman Leandros Misdrachis.