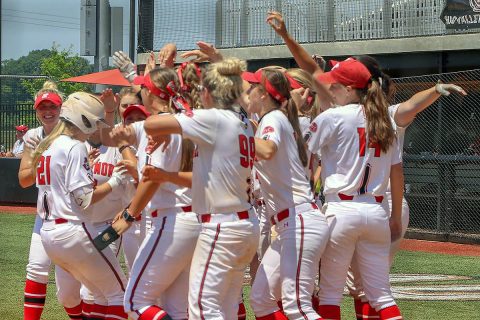 Not only will these games be the first this season at home for the Governors, they will also be the first games played at the stadium after the completion of its new bleachers and press box structure.

The Govs (11-10) come into the matchup versus the Lions having dropped its last two games, including a 7-2 mid-week final at Ole Miss on Wednesday.

Coming into the first home games of the season, the Govs offense is led by current Ohio Valley Conference Player of the Week Danielle Liermann [1], who is hitting at a .375 clip, with two doubles, eight home runs and 20 RBIs.

The matchup versus North Alabama is the first between the Govs and Lions since April 12th, 1990.

The home doubleheader ends a school-record stretch of 21 games played away from Clarksville to open a season.

Senior outfielder Natalie Schilling [7] has been successful in each of her last 26 stolen base attempts, dating back to April 6th, 2018.

The matchup versus North Alabama will be the second true doubleheader played by the Govs this year.