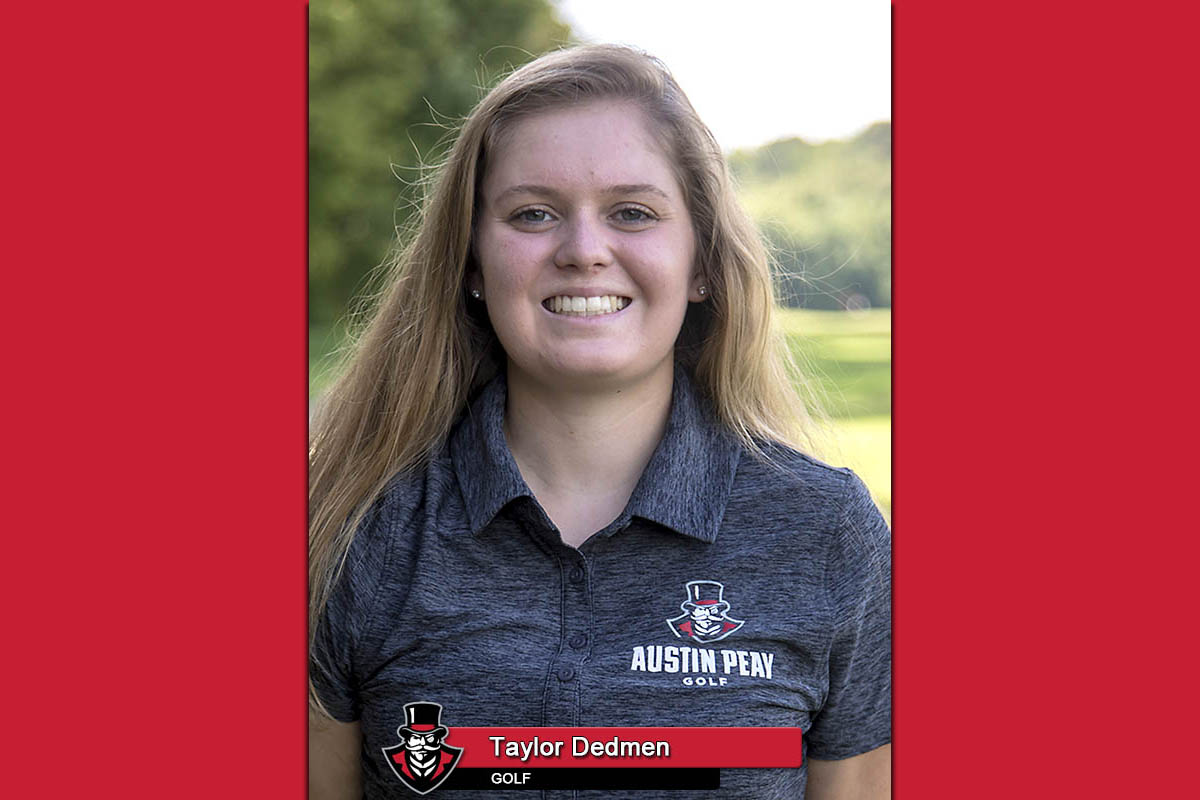 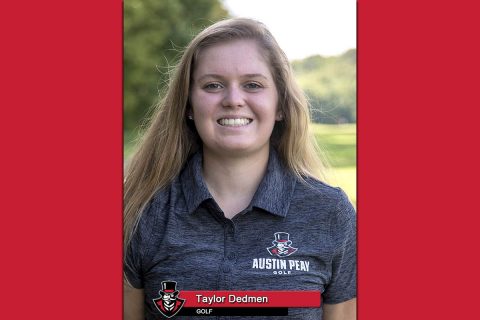 The Plant City native’s performance at Lake Jovita Golf Club—a mere 40 minutes from her hometown—shattered the previous 54-hole low of 221 with a five-under par 208, going 69-70-69 to take runner-up honors at the Governors first spring tournament.

In doing so, she became the first player in program history to shoot sub-70 rounds in the same tournament and posted the best finish of her career.

She did her damage on par-4 holes, shooting an incredible six-under for the tournament (3.78/hole) on par-4 offerings. She sank a team-high 10 birdies, including four on the back-nine alone in the final round.

Dedmen is the second Governor this season to earn OVC Golfer of the Week honors, after Reagan Greene closed the fall with a weekly accolade from the league office after winning the Town and Country Invitational. Dedmen is the first Austin Peay freshman since Jessica Cathey for the week of April 17th, 2013.

In less than a week, the Govs will be back in the Sunshine State for the Citrus Classic, hosted by Morehead State in Sorrento at RedTail Golf Club.