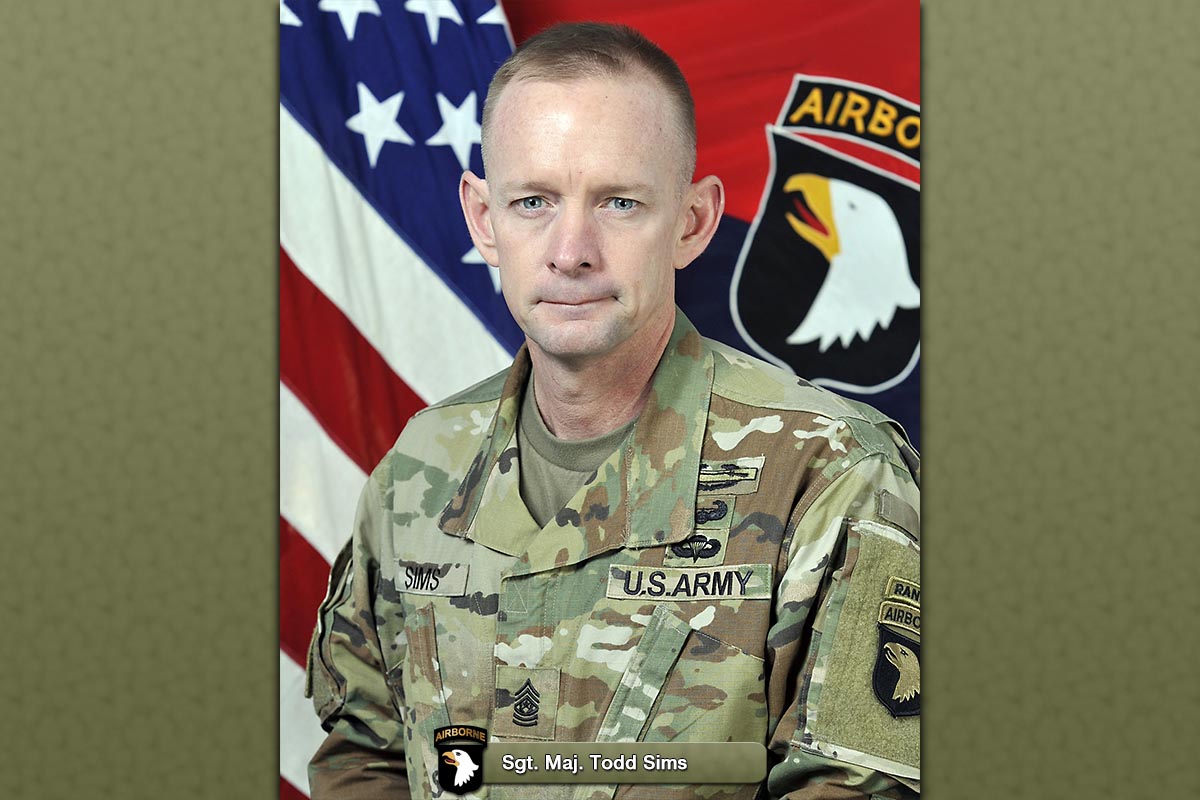 Fort Campbell, KY – The top senior enlisted leader of the 101st Airborne Division (Air Assault), Command Sgt. Maj. Todd Sims, will relinquish responsibility of the world’s only air assault division in a ceremony at Fort Campbell, March 20th at 10:00am.

During Sims tenure as “Eagle 7,” the 101st Airborne Division deployed Soldiers to combat, contingency and peacekeeping missions around the world, to include Operation Inherent Resolve in Iraq, Operation Freedom’s Sentinel in Afghanistan, dozens of training and partnership missions on the African and European continents, and hurricane and disaster relief missions in Puerto Rico and the United States. 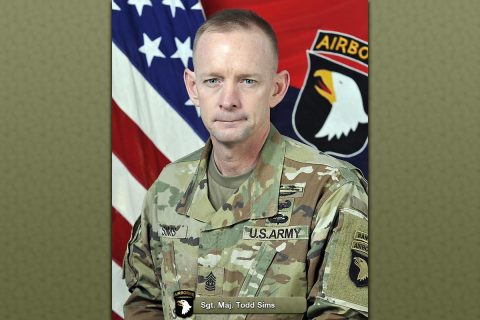 Most recently, Sims and the division’s headquarters returned from a nine-month deployment to Afghanistan, where they served at the fore of the conditions-based U.S. South Asia Strategy and the NATO-led, 41-nation Resolute Support mission.

In addition to overseeing the train, advise and assist mission and supporting the Afghan National Defense Security Forces, the “Screaming Eagles” synchronized U.S. counterterrorism operations, keeping America safe and setting the conditions for a political and peaceful settlement to the Afghanistan conflict.

Following the ceremony, Sims will be available for brief media interviews upon request.

Sims’ replacement has not yet been identified. His interim replacement will be Command Sgt. Maj. Jason Osborne, the senior enlisted leader for U.S. Army Garrison, Fort Campbell.