He has been linked to multiple incidents of auto thefts, credit card fraud, and evading police. He has managed to evade capture through a network of people willing to hide him and also through Tai Harrell’s disregard for the public’s safety by recklessly fleeing from police in a motor vehicle on multiple occasions. 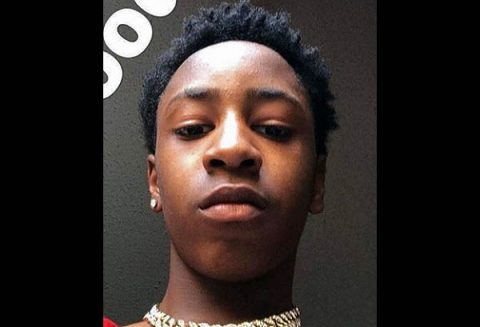 On March 24th, around 9:30pm, Tai Harrell in a stolen vehicle, pulled alongside another car on the 101st Airborne Division Parkway, occupied by people he knew, and pointed a firearm at them.

They were able to get away without harm, but did not report it police until the next day, March 25th, after another, more violent encounter with Harrell. This time the victims were spotted by Harrell, around 3:00pm near the movie theatre on Tiny Town Road, at which time, he tried to run them off the road.

This encounter continued to the area of Governor’s Square Mall and the victim’s vehicle was rammed several more times until they finally got away and contacted police. Officers were able to locate Harrell in the stolen vehicle, but due to his reckless, dangerous driving, heavy traffic and possible endangerment of the public chose not to pursue the vehicle.

The vehicle was located a short time later by officers at the Verge, 1523 Nolen Road, left abandoned by Harrell. Police cordoned off the area and searched and kept watch in the area throughout the night, but did not locate Harrell.

Clarksville Police are, once again, seeking the public’s assistance to locate Tai Harrell, 16. Also, law enforcement will not hesitate to criminally charge anyone who chooses to hide or assist Harrell. He has juvenile petitions on file for charges ranging from runaway, auto theft, burglary, felony evading, reckless endangerment, credit card fraud, to multiple counts of aggravated assault.

Tai Harrell should be considered armed and dangerous.