Richmond, KY – The Austin Peay State University (APSU) women’s golf team had its ups and downs over the first 36 holes of the Colonel Classic, but will have a chance to make a final-day move Saturday at the Club at Arlington. 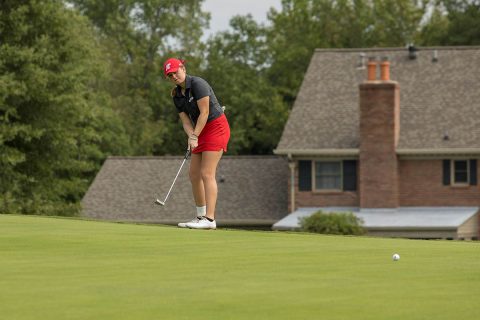 A second-round 305 moved the Govs up a spot into eighth with a 36-hole 617, two shots ahead of Cumberlands (619) and six shots behind IUPUI, which was tied for third after the first round before a disastrous second 18.

Just 12 shots separate the Govs and fifth-place Dayton with 18 to play.

The Govs wrap the two-day event Saturday, beginning at 8:30am (ET) off Hole Nos. 8-10. Austin Peay will be paired with IUPUI and Cumberlands.