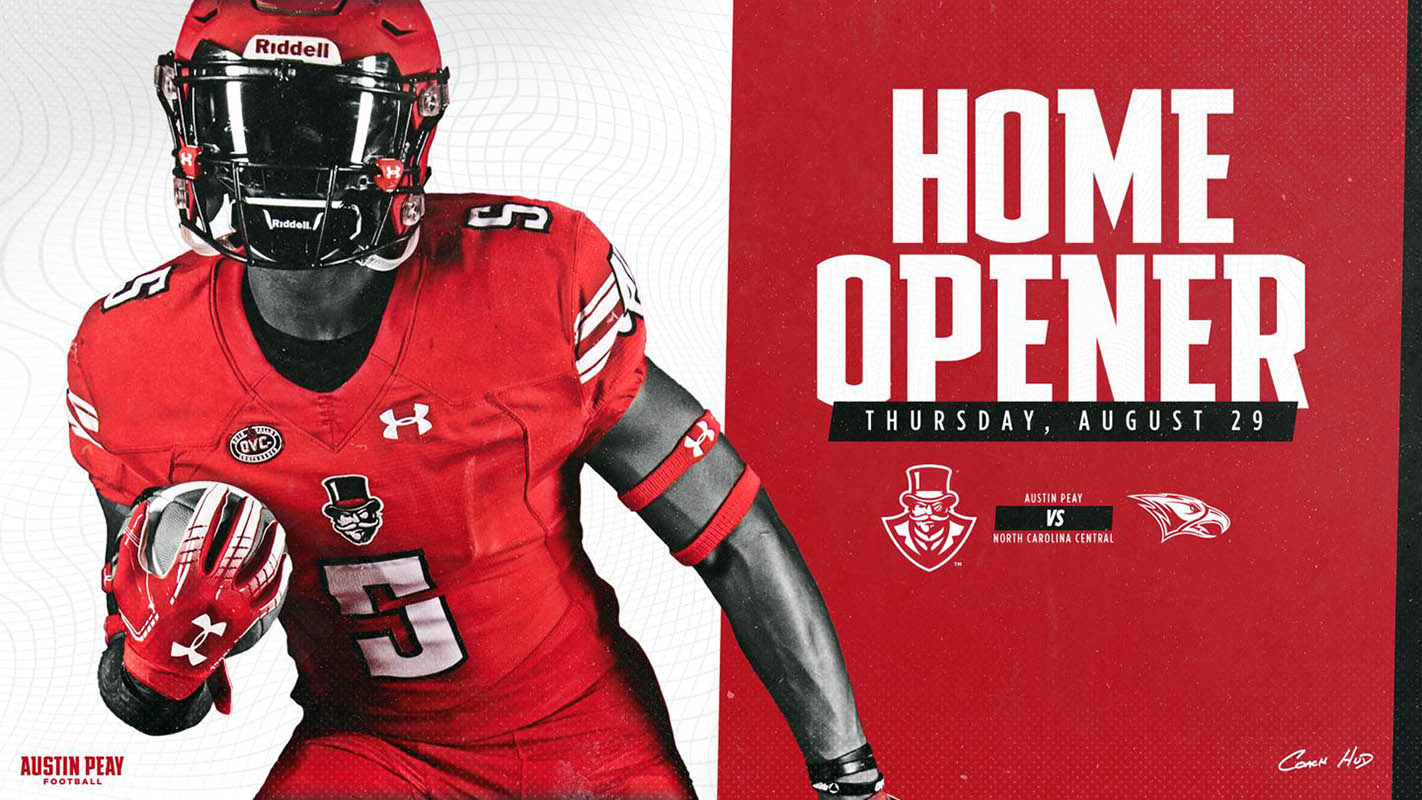 The contest between the Governors and the Eagles was originally scheduled for Saturday, August 31st. 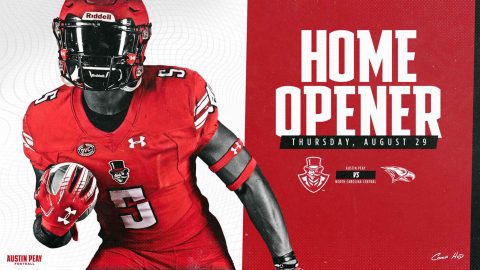 “We came up with the idea to move this game up with the thought that we could differentiate ourselves and get more eyeballs on Governors football,” APSU Director of Athletics Gerald Harrison said. “I strongly believe we have an opportunity to create a magical night at The Fort. We hope Thursday night football will energize Stacheville, get the Austin Peay campus buzzing and game day atmosphere rocking!”

It will be the second time in three seasons the Governors play on a Thursday after opening the 2017 season at Cincinnati, and it will be the first Thursday home game since hosting then-No. 4 Eastern Illinois on October 10th, 2013.

“I’d like to thank Director of Athletics Dr. Ingrid Wicker McCree, head coach Trei Oliver and all the NC Central staff for working in concert with us to make this happen,” Harrison said. “I look forward to our students, staff, alumni and fans seeing and wearing red on August 29th as we kick off the Hudspeth Era of Governor Football.”

The game against NC Central will be the first meeting between the programs and will kick off a six-game home slate for the 2019 season. It’s the first time the Governors will host six home games in a season since 2003.