Nashville, TN – The Nashville Sounds offense went cold at home in 4-2 loss to the Memphis Redbirds in front of 6,806 fans and 182 dogs Tuesday night at First Tennessee Park.

Nashville’s offense was red hot on the road only to come up short at home with four hits in the homestand opener against the Redbirds. Hunter Cole had two of the hits and Zack Granite and Adam Moore each had one.

Three of the hits came in the third inning when Cole started the frame with a single, Moore followed with a base hit to left, and Granite’s perfectly placed two-out bunt single drove in Cole from third to give the Sounds a 1-0 lead. 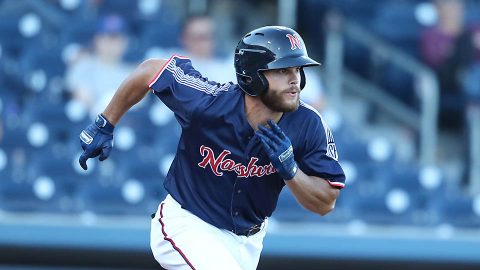 It stayed 1-0 until Memphis evened the game with a single tally in their half of the fourth. A leadoff double by Rangel Ravelo put a runner in scoring position for Memphis and John Nogowski knocked him in with a base hit to make it 1-1.

Cole’s big game continued when he belted a solo home run to deep left-center field in the fifth. His fourth long ball of the season gave the Sounds a 2-1 lead.

Valdez was cruising along until he hit trouble in the seventh. Kramer Robertson singled and Tommy Edman followed with an RBI double to even the game at 2-2. After Valdez got the first out of the inning via strikeout, Lane Thomas and Ravelo collected run-scoring base hits to give the Redbirds a 4-2 lead.

Nashville’s offense didn’t muster anything the rest of the way as Memphis relievers retired 12 consecutive hitters beginning in the sixth.

Cole has at least one RBI in five consecutive games – the longest streak of any Sounds player in 2019.