Nashville, TN – The Nashville Sounds scored 10 unanswered runs in front of a sellout crowd of 10,068 and split the series against the Memphis Redbirds with a hard-fought 10-6 win Friday night at First Tennessee Park.

Adam Moore led the charge with a two-run triple in the third inning and a bases-clearing double in the seventh. The Sounds’ catcher had 5 RBI in the game – the most by a Sounds player in a single game in 2019.

Wes Benjamin got the ball for Nashville and cruised through a 1-2-3 first inning but trouble hit in the second. After Andrew Knizner singled to start the frame, Benjamin got a ground ball that may have been a double play but it was misplayed and all runners were safe for the Redbirds. 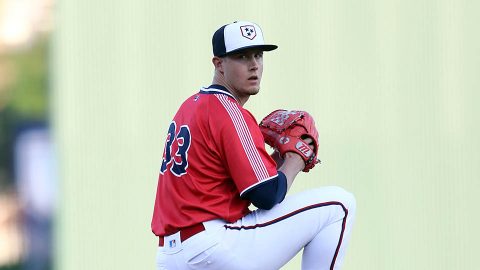 Drew Robinson singled to load the bases and Ramon Urias worked a walk to force in a run to make it 1-0.

Max Schrock followed with a two-run double, Tommy Edman hit a sacrifice fly, and Rangel Ravelo belted a two-run homer and the Redbirds quickly had a 6-0 lead.

Nashville slowly chipped away at the deficit with the help of nine walks issued by Memphis pitchers. Carlos Tocci knocked in Nashville’s first run in the second inning and Nolan Fontana followed with an RBI single to make it 6-2.

Andy Ibanez belted his fifth home run of the season in the third to cut the deficit in half at 6-3. Matt Davidson and Hunter Cole both drew walks, and Moore’s triple drove in both runners to make it a 6-5 game.

Hunter Cole gave the Sounds the lead for good with an RBI single in the seventh. Moore followed with his bases-clearing double to make it 10-6, and the pitchers did the rest.

Catcher Adam Moore drove in 5 runs with a 2-run triple and 3-run double. The 5 RBI is the most by a Sounds player in a game this season.

The Sounds walked nine times tonight, one free pass shy of the season-high 10.

The Sounds welcome the Round Rock Express Saturday night for the start of a six-game series. Right-hander Ronald Herrera (0-3, 14.73) starts for Nashville against left-hander Cionel Perez (0-0, 6.51) for Round Rock. First pitch is scheduled for 6:35pm.