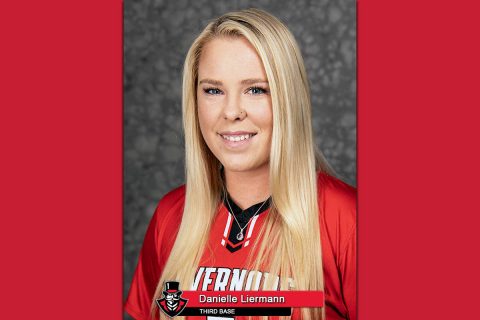 She also was named to the Ohio Valley Conference First Team and to the National Fastpitch Coaches Association’s Central Region Third Team.

Liermann’s selection to the Softball America All-American Second Team was the highest by any player from the Ohio Valley Conference, with Southeast Missouri outfielder Rachel Anderson being the only other player from the OVC being selected to one of the squads, earning a slot on the third team.

Each of the three teams are made up of 20 players and are broken down to four pitchers, two first basemen, two second basemen, two third basemen, two shortstops (except honorable mention), four outfielders, a utility/pitcher and a utility/non-pitcher or designated player.

The All-American teams were voted on by the staff of Softball America and an advisory committee made up of softball personnel from around the country.