Washington, D.C. – AAA says that over the past five years, nearly 3,500 people have been killed in crashes involving teen drivers during the 100 Deadliest Days, the period between Memorial Day and Labor Day, when the number of crash fatalities involving a teen driver historically rise. 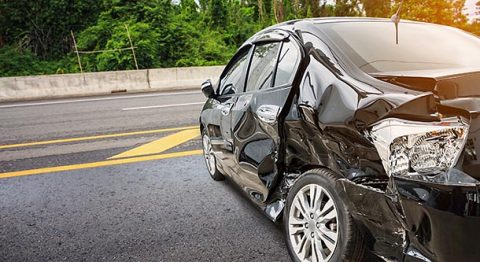 Fatal teen crash rates show drinking and driving, speeding and distraction are among top killers on the road during summer. (AAA)

“Crash data shows that teens are a vulnerable driver group with a higher probability of being involved in crashes,” said Dr. David Yang, Executive Director of the AAA Foundation for Traffic Safety. “And while teens may make mistakes when first learning to drive, it is important to continue educating them about safety behind the wheel so they avoid the reckless behaviors that put themselves and others at risk on the road.”

AAA Foundation research found that nearly two-thirds of people injured or killed in a crash involving a teen driver are people other than the teen behind the wheel. Crashes for teen drivers increase significantly during the summer because teens are out of school and driving more.

Over the past five years during the “100 Deadliest Days”

Reckless behavior like drinking and driving, speeding and distraction are contributing to the alarming number of crash deaths involving teen drivers each summer.

Speeding significantly increases the severity of a crash and is a growing problem among teen drivers. In the AAA Foundation’s latest Traffic Safety Culture Index, half (49.7 percent) of teen drivers reported speeding on a residential street in the past 30 days and nearly 40 percent say they sped on the freeway.

Despite the fact that teens cannot legally consume alcohol, one in six teen drivers involved in fatal crashes during the summer tested positive for alcohol.

More than half of teen drivers (52 percent) in the AAA Foundation’s latest Traffic Safety Culture Index [2] report reading a text message or email while driving in the past 30 days and nearly 40 percent report sending a text or email. It is difficult for law enforcement to detect distraction following a crash, which has made distracted driving one of the most underreported traffic safety issues.

“Parents have plenty to be concerned about as their teen hits the road this summer,” said Jennifer Ryan, AAA Director of State Relations. “Teens are making deadly mistakes on the road. Parents are the best line of defense to keep everyone safe behind the wheel.”

To keep roads safer this summer, AAA encourages parents to:

“Storing your phone out of reach, minding the speed limit, and staying away from impairing substances like alcohol and marijuana will help prevent many crashes from ever occurring,”Tassel stated.

TeenDriving.AAA.com [5] has a variety of tools to help prepare parents and teens for the dangerous summer driving season. The online AAA StartSmart [6] program also offers great resources for parents on how to become effective in-car coaches as well as advice on how to manage their teen’s overall driving privileges.

Teens preparing for the responsibility of driving should enroll in a driver education program that teaches how to avoid driver distraction and other safety skills.

About AAA Foundation for Traffic Safety

Established in 1947 by AAA, the AAA Foundation for Traffic Safety is a not-for-profit, publicly funded, 501(c)(3) charitable research and educational organization. The AAA Foundation’s mission is to prevent traffic deaths and injuries by conducting research into their causes and by educating the public about strategies to prevent crashes and reduce injuries when they do occur. This research is used to develop educational materials for drivers, pedestrians, bicyclists and other road users.

AAA provides more than 59 million members with automotive, travel, insurance and financial services through its federation of 34 motor clubs and nearly 1,100 branch offices across North America. Since 1902, the not-for-profit, fully tax-paying AAA has been a leader and advocate for safe mobility.