Tacoma, WA – Nashville Sounds’ Seth Maness and Wes Benjamin combined on a five-hitter Sunday afternoon, leading the team to a 3-0 victory over the Tacoma Rainiers at Cheney Stadium. It marks the team’s first shutout win of the year, and its first winning series in Tacoma since 2002.

The Sounds, now 3-3 on their road trip, again got early home runs for a lead they never gave away. Eli White blasted a solo shot leading off the third against Anthony Misiewicz, and Jett Bandy belted a two-run shot in the fourth for a 3-0 score that became the final. White has four home runs on the road trip, and each time it has given the Sounds a 1-0 lead. 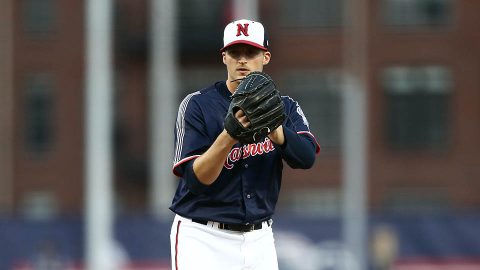 Maness tossed five innings of three-hit ball, walked one and struck out four in the win.

He has worked at least five innings in all eight of his Sounds starts.

Benjamin, making his first relief appearance since 2016, took over in the sixth and finished the game for his second career save. He yielded two hits, worked around four walks, and struck out four.

Eli White has eight home runs on the year in 58 games. He hit a career-high nine in 130 games last season at Double-A.

Andy Ibanez went 0-for-4 to snap his hitting streak at a season-high eight games.

Matt Davidson went 0-for-3 with a walk, moving his on-base streak to 16 games but snapping his hitting streak at seven games.

The Sounds had been the only team in the Pacific Coast League yet to record a shutout win this year.

The Nashville Sounds go for the four-game sweep of the Tacoma Rainiers and conclude their seven-game road trip Monday afternoon. Pedro Payano (0-1, 5.63) will start against Jon Niese (3-1, 5.06). First pitch is scheduled for 1:35pm CT.