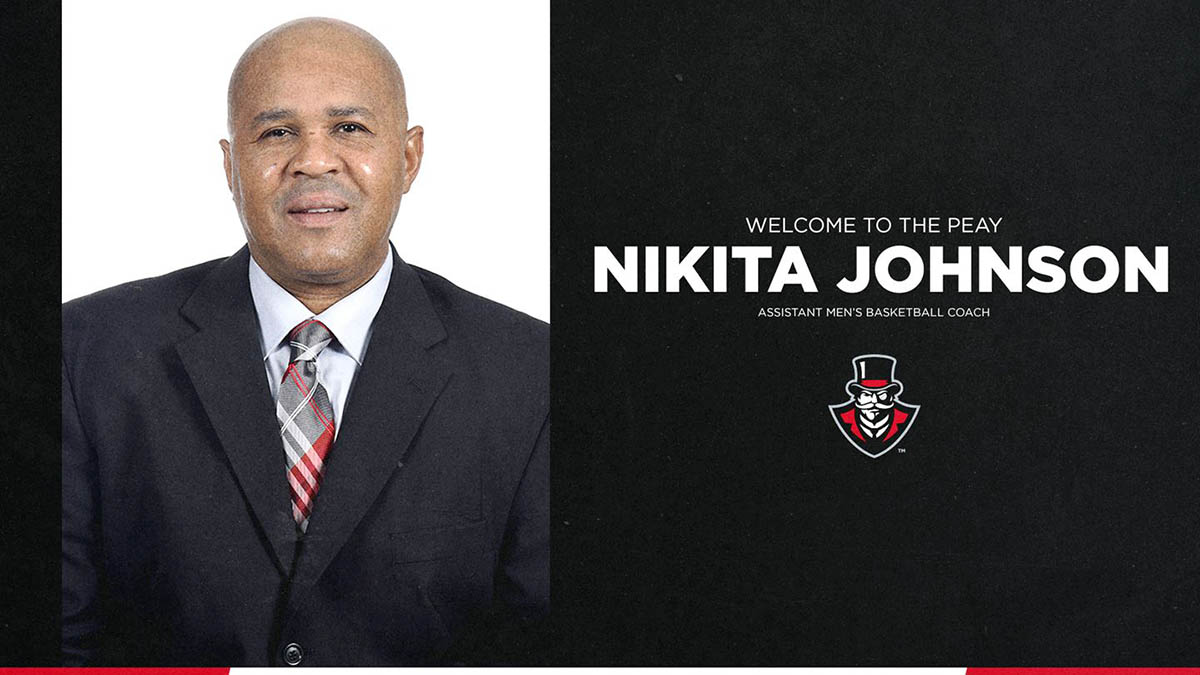 Clarksville, TN – Austin Peay State University has announced that Nikita Johnson, a veteran coach with experience at every level of college basketball, has been hired as an assistant coach on the APSU men’s basketball coaching staff. 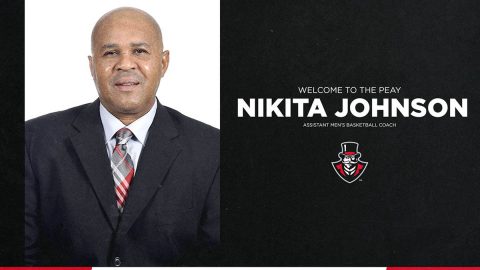 Johnson is a 30-year veteran of the collegiate coaching ranks, with Austin Peay representing his third stop in the Ohio Valley Conference. His first Division I coaching job came at Murray State, where was an assistant from 1993-95; he also served at Tennessee State in 1998.

He began his career at Chipola College in 1981, where he was part of six conference titles, before serving two seasons at West Georgia and two more at Odessa College before breaking into the Division I ranks.

Johnson was part of John Brady’s LSU staff from 2004-07 which included an SEC West title and a Final Four appearance in 2006. He’s proven he can develop players for the next level, with over 50 players going on to professional careers, including NBA players Glen Davis, Brandon Bass, Tyrus Thomas, Mike James, Anthony Randolph and Elfrid Payton.

A native of Greenwood, Florida, Johnson earned region, all-county, and all-district honors at Marianna High School. He helped his team go 76-10 in three seasons, including two runner-up finishes in the state playoffs in 1977 and 1978. Johnson earned his Associate of Arts degree at Chipola College in 1981, and his Bachelor of Arts at West Georgia in 1989.

“I’ve got a 26-year relationship with Nikita,” said Austin Peay head coach Matt Figger. “He’s someone who has helped me throughout my career to get where I am today. He helped me get one of my first jobs.”

“He has coached at the highest level, he’s coached in a Final Four, and he’s coached all over the country. He’s got ties all over the United States and internationally, which helps in recruiting. He’s coached and won championships in the OVC,” Figger stated. “He brings a wealth of experience that will be very valuable to our staff and going forward to help our kids compete for an OVC championship.”