Clarksville, TN – Austin Peay State University has a payload bound for space. This is a first in APSU’s 92-year history. 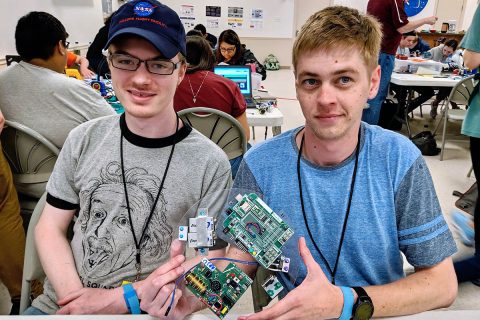 The launch is scheduled for 4:30am CDT Thursday. The launch will be streamed at www.ustream.tv/channel/nasa-tv-wallops [1]. Coverage begins at 4:00am CDT.

“We hope and intend this workshop to be the beginning of an Austin Peay space ‘program,’ not a degree but a fountain of student projects and opportunities,” Oelgoetz said. 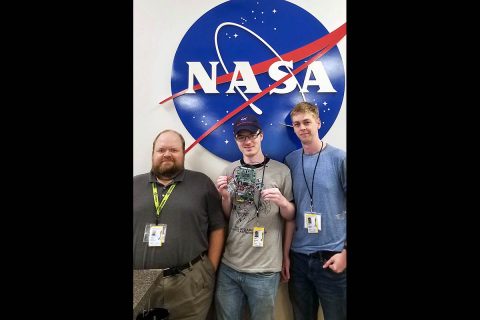 From the left are Dr. Justin Oelgoetz, Zach Hill and Zach Givens. (APSU)

The rocket will carry 28 student experiments – including Austin Peay State University’s – to nearly 73 miles altitude. The experiments will land via parachute in the Atlantic Ocean where teams will recover them. The students will begin data analysis later that day.

Oelgoetz, Hill and Givens’ experiment is like the others, measuring acceleration, humidity, pressure, temperature and radiation.

Their efforts are part of RockOn!, a workshop that introduces through hands-on experience participants to the basics of developing a scientific payload for flight on a suborbital rocket.

According to a NASA news release, after students learn the basics in RockOn!, they can participate in RockSat-C, where during the school year, they design and build a more complicated experiment for rocket flight.

“The idea is to learn so we can design our own payloads in future years,” Oelgoetz said.

The rocket also will carry nine RockSat-C experiments and more than 80 small cubes with experiments developed by middle and high school students. 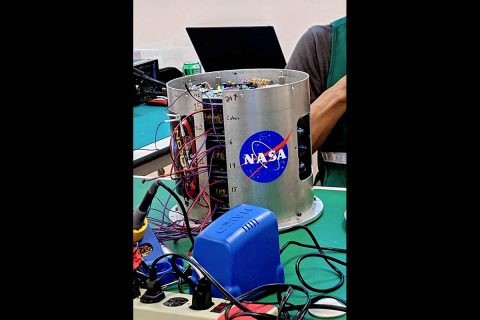 Austin Peay State University’s trip is supported by the Tennessee NASA Space Grant Consortium, of which APSU is a member.

If any problems happen prior to the launch, officials will delay it until later in the morning or until Friday.