Established in 1991, the NCAA Woman of the Year award recognizes graduating female college athletes who have exhausted their eligibility and distinguished themselves in academics, athletics, service and leadership throughout their collegiate careers. 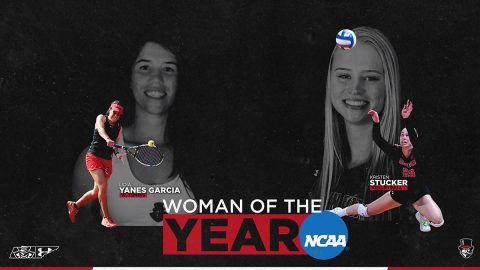 That committee will choose the Top 30 honorees—10 from each NCAA division. She’ll be the fourth Governor to earn the OVC’s Woman of the Year nomination, and the first since track and field’s Breigh Jones in 2016. 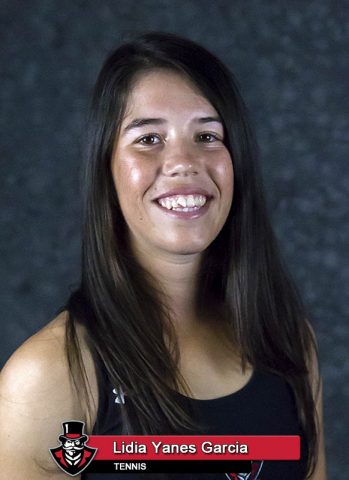 Yanes Garcia’s accomplishments make her one of the most outstanding tennis players, not just at Austin Peay but across the OVC. A four-time All-OVC performer—one of two in league history—and the only OVC athlete to earn three OVC Women’s Tennis Player of the Year honors, Yanes Garcia’s senior-season swan song was one for the record book.

She went 29-4 overall and 21-1 during the spring, going unbeaten in singles and doubles in league play, leading the Govs to a 22-1 record, an unbeaten mark in the regular season and a complete sweep of the OVC Women’s Tennis Championships.

The 2019 Austin Peay Female Legends Award winner, given annually to the most outstanding senior student-athlete, Yanes Garcia stood out off the court as well.

She earned one of six 2018-19 OVC Scholar-Athlete honors, the league’s top individual honor for student-athletes, and is a multi-time recipient of the OVC Academic Medal of Honor and OVC Commissioner’s Honor Roll, as well as a 2017-18 College Sports Information Directors of America (CoSIDA) Academic All-American.

A two-time ITA Scholar-Athlete, Yanes Garcia also was the Ohio Valley Region’s 2018 ITA Arthur Ashe Leadership and Sportsmanship Award winner, recognizing athletes for their pursuit of excellence on and off the court, in all aspects of the game. 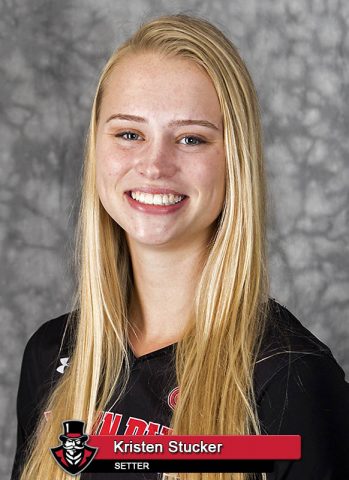 Stucker’s record-breaking junior campaign, which helped the Govs earn their first sweep of the OVC regular-season and tournament titles, will maintain a place in program history for years to come. Her 1,508 assists are a program single-season record, helping the Govs earn the programs first-ever 30-win campaign.

The only three-time OVC Setter of the Year honoree, Stucker earned three first-team All-OVC honors during her Austin Peay career and departed with 4,705 career assists, second-most in program history. She also earned All-OVC Tournament honors on three occasions, the only player in program history and one of seven in OVC history to earn three separate tournament honors. In her final campaign, she joined the double-grand club, finishing with 4,705 assists and 1,105 digs in her career.

An academic standout, Stucker carried a 4.0 cumulative GPA with a double-major in biology and agriculture and a double-minor in chemistry in pre-professional health as she pursues her career as a veterinarian—she graduated a semester early and is currently enrolled at UC Davis.

She was a 2017-18 OVC Scholar-Athlete honoree and two-time CoSIDA Academic All-American, one of only six multi-time honorees in Austin Peay history. She also is a multi-time recipient of the OVC Medal of Honor and a multi-time OVC Commissioner’s Honor Roll honoree.

The Top 30 honorees will be celebrated and the 2019 NCAA Woman of the Year will be named at the annual award ceremony October 20th, 2019 in Indianapolis, OH.