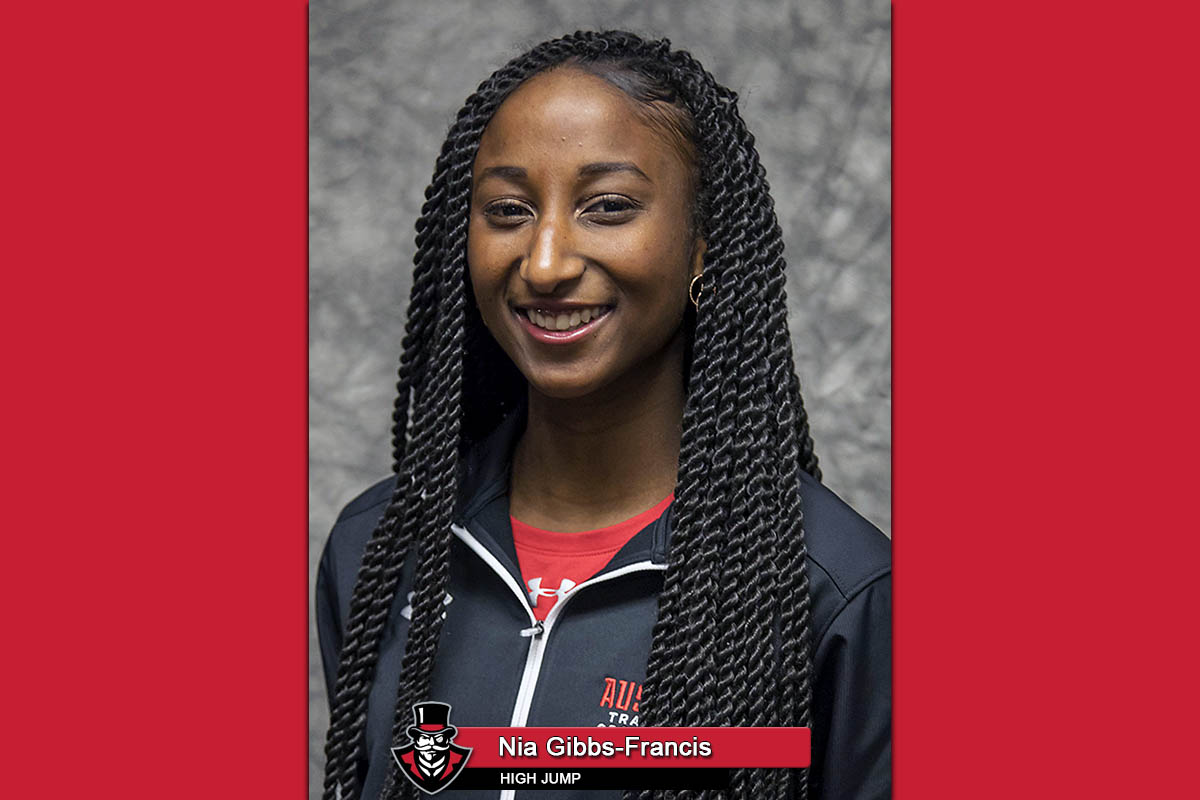 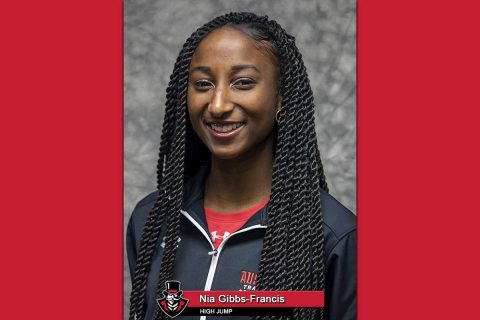 She is the first Academic All-American for the track and field and cross country program since Molly Basch in 2014 and the eighth overall.

This honor caps off a final semester which lauded Gibbs-Francis’ work both academically and athletically. She graduated in May with her bachelor’s degree in social work after carrying a 4.0 GPA all four years of her Austin Peay State University career. Gibbs-Francis earned the Perkins Freeman Academic Achievement Award given to the most outstanding senior student-athlete with the highest cumulative GPA.

In her final season on the track, Gibbs-Francis not only posted a career-best 1.70m high jump mark at the Hilltopper Relays in April—a mark tied for fifth all-time in program history—she picked up a new event as well. In early April, she began experimenting with the 400m hurdles, an event she’d never tried during her collegiate career; by the 2019 Ohio Valley Conference Outdoor Championships, she was good enough to qualify for the finals in the event, placing fifth overall. She earned points in the 400m hurdles, high jump and heptathlon at the OVC Outdoor Championship, her final event as a Governor.

Among the 90 student-athletes selected to the Google Cloud Academic All-America® Division I Cross Country/Track & Field teams, 20 men and 33 women carry a 4.0 grade-point average or higher, including all 15 women on the first team.  The 15 members of the men’s cross country/track & field team carry an average GPA of 3.98, while the women’s team carry a 4.04 GPA.