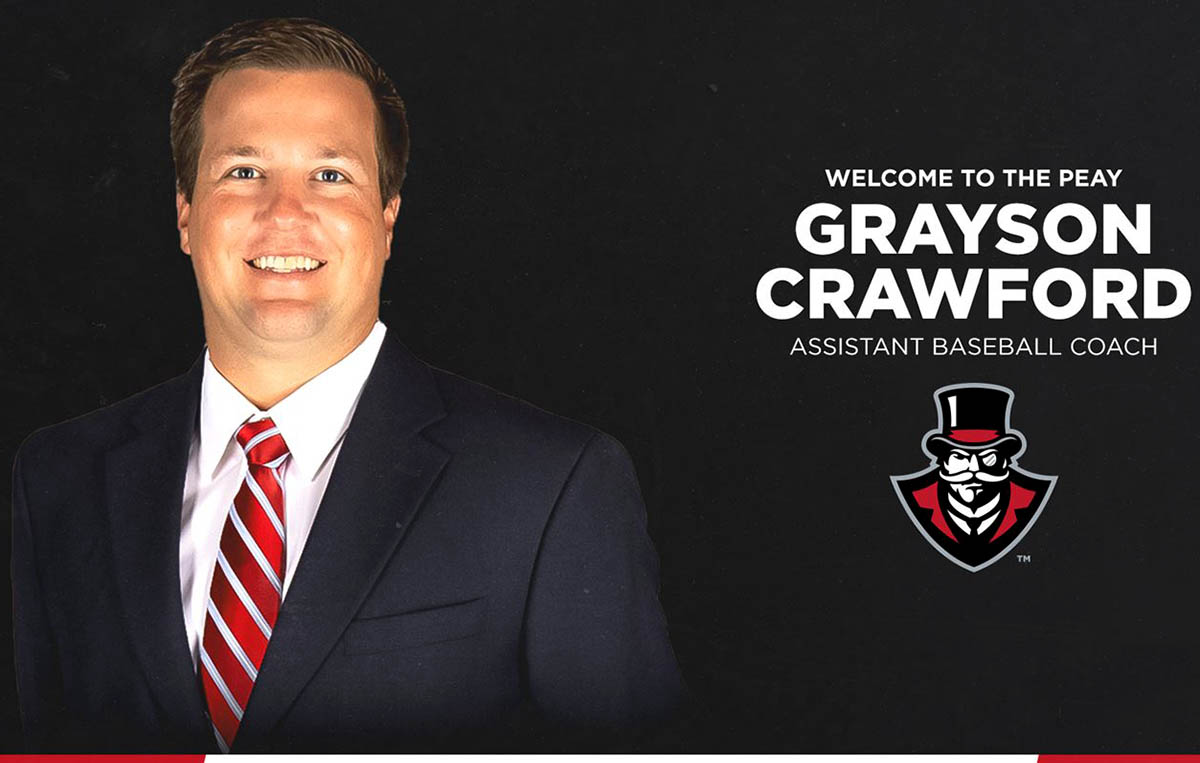 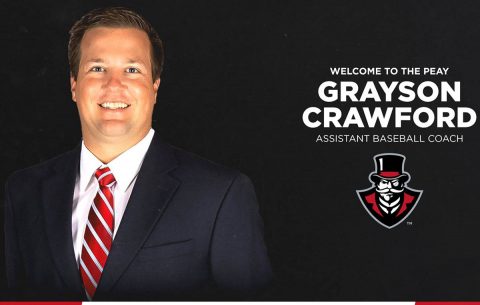 Crawford worked with the Governors pitchers last season, taking over as interim pitching coach for the final 43 games.

In addition, Austin Peay pitchers held opponents to a .268 batting average, the lowest such mark since 2015.

“I’m pleased to add Grayson as our pitching coach,” Janssen said. “Grayson showed his ability to manage a pitching staff last season and led our group to an impressive season.”

“Along with his abilities as a pitching coach, Grayson is a tireless recruiter which will greatly benefit our program. He has proven he is a quality coach and recruiter and most importantly a first-class person and a great role model for our players. We couldn’t be more excited to add Grayson, his wife Lee and his children Ava Gray and Evan to our family,” stated Janssen.

“Lee, Ava Gray, Evan and I are excited to be able to continue to be a part of Austin Peay baseball,” said Crawford. “I appreciate the trust Travis has shown in allowing me to lead our pitching staff and coordinate our recruiting efforts. We couldn’t be more excited to be Govs.”

In addition to his time at ULM and Murray State, Crawford has coached the Hopkinsville Hoppers of the Ohio Valley League – a collegiate summer league. In a previous stint with the Hoppers he led the program to the 2012 OVL championship and runner-up finishes in both 2013 and 2014.

Crawford’s area ties also include two years as head coach at Christian County High School where he posted a 47-35 record and led the Colonels to consecutive Region 2 championship game appearances.

He then took over the Lindsey Wilson program for the 2014-15 season, leading the Blue Raiders to their first NAIA World Series appearance and a program-best No. 10 national ranking.