Instant Peay Play: APSU Soccer less than a month away from exhibition opener

Clarksville, TN – With the July calendar reaching its mid-way point, it leaves less than a month before the Austin Peay State University soccer team returns to the pitch to open its 2019 season.

The Governors were 8-8-1 overall in 2018 – including a 3-6-1 mark in Ohio Valley Conference play – under then first-year head coach Naomi Kolarova and enter the season looking to put the pieces together to replace 11 players off last year’s roster, while also looking to make a return to postseason action. 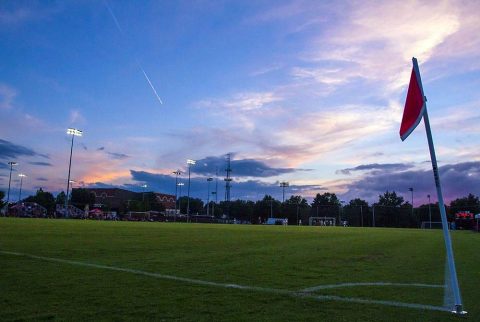 Leading the returnees for the Govs are a pair of All-OVC Second-Team selections in junior mid-fielder Claire Larose and senior mid-fielder/defender Renee Semaan along with keeper Mary Parker Powell.

Larose led the team in scoring last season, with seven goals – including two game winners – with Semann playing in all 17 matches and helping a defense that only gave up 1.27 goals per match, while Powell recorded 54 saves in stopping 74 percent of all shots on goal that she faced in 2018.

The Govs also return seniors Meghan Dees and Melody Fisher; juniors Gybson Roth and Abby Therrell and sophomore Gwynevere Cardinal, who all appeared in at least 11 of 17 matches last season.

This group will be facing a challenging schedule in 2019, opening with a pair of exhibition matches versus Georgia State (August 12th at Morgan Brothers Soccer Field) and Western Kentucky, in Bowling Green, KY.

Austin Peay will open regular season play versus three teams they defeated in in 2018, Chattanooga and Middle Tennessee on the road and Mercer at home on August 30th.

The Govs will then make a trip out west to open the month of September facing Colorado and Northern Colorado before returning for its final pre-conference home match versus Evansville on September 15th.

Austin Peay opens OVC play at home versus SIU Edwardsville, on September 19th, before stepping out of OVC for a final time versus Cincinnati on September 21st, before closing out the season with nine OVC contests.

The OVC Championship Tournament begins November 1st, with the championship match be hosted by the regular-season champions home field on November 10th.