San Antonio scored first in the bottom of the first when Trent Grisham hit a lead-off homer on a fly ball to right-center field, giving the Missions a 1-0 lead. Nashville’s starting pitcher Seth Maness pitched well after that, getting the Missions to ground into double plays in three of the first four innings. 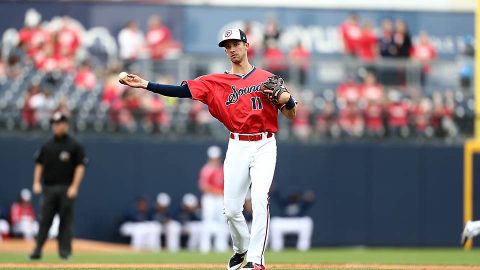 Eli White was the one who tagged the run on Gonzalez when he hit a solo home run in the fourth inning. It was his 12th home run of the season. That tied the game at one apiece.

But San Antonio exploded for six runs in the fifth inning. Cory Spangenberg opened the inning up with a two-run single. David Freitas had an RBI single himself before Travis Shaw hit a three-run home run to make the score 6-1, Missions.

The Missions would score in each of the next three innings. Freitas hit another RBI single in the sixth inning. Grisham singled with the bases loaded in the seventh inning to score one, followed by a Mauricio Dubon RBI fielder’s choice. Nate Orf was responsible for the final run in the bottom of the eighth when he hit an RBI single himself, finalizing the score at 11-1.

The Sounds three double plays tied a team season-high. The only other time they did so was on April 30th versus Omaha.

Zack Granite and Matt Davidson both had multi-hit efforts. It was Granite’s 29th multi-hit game and Davidson’s 19th.