Luther is a native Clarksvillian and graduate of Austin Peay State University. He is an active member of the Clarksville Kiwanis and has worked in banking for 20 years. Luther is married with two children. 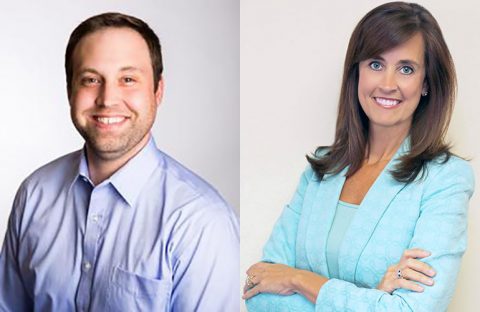 Ginna Holleman, vice president of marketing at Fortera Credit Union, was named chair-elect to serve as chairman in the 2020-21 fiscal year.

Two individuals were appointed to serve on the board of directors. Joel Wallace, partner at the law firm of Cunningham, Mitchell & Rocconi, will serve a three-year term. Britney Campbell, senior vice president of marketing and public relations at Legends Bank, will serve a one-year term to complete an open vacated by Bill Powers who was elected to the Tennessee Legislature this spring.

Hotel/motel tax revenue for the 2018-19 fiscal year exceeded projections by 10%. Visit Clarksville is funded by a portion of the hotel/motel tax.

Overall tourism spending in Montgomery County in 2017, according to the Tennessee Department of Tourist Development, totaled $224 million, up 6.2% percent, or $13 million, over the prior year. Data for 2018 will be released in September of this year at the governor’s annual conference on tourism.

About the Convention and Visitors Bureau