Clarksville, TN – Clarksville Police say Randy Joe Clark, age 42, continues to be a thorn in the side of local law enforcement. He has been out on bond for Burglary and Drug-Related charges since June 13th, 2019.

He continued to expand his voluminous criminal history by breaking into Kennedy Brothers, 445 Dover Road in the early morning hours of August 17th where he stole numerous items from the business as well as a pickup truck from the lot. 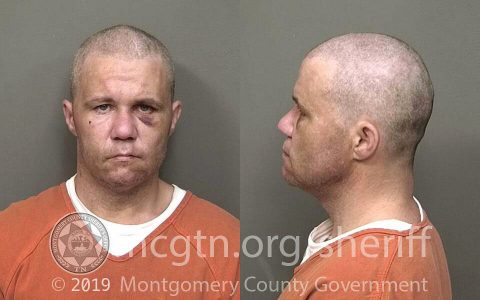 His luck ran out this morning around 6:00am when a vigilant citizen spotted someone on a bicycle that was rummaging through cars in the Stephanie Drive, Darlene Drive area and called 911.

Clark had abandoned the stolen pickup truck and was now using a bicycle as his mode of transportation to commit crimes. Officers flooded the area and located Clark who was now walking.

He was taken in custody and it was discovered the stolen bike was taken from a storage unit which Clark had broken into earlier. Also, he had drugs in his possession when arrested.

The stolen pickup has been recovered, but the other stolen property has not been located.

Randy Joe Clark was booked into the Montgomery County Jail for Two Counts Burglary and Simple Possession. Clark’s bond is set at $62,500. There are additional charges expected.