Des Moines, IA – Nashville Sounds catcher Tim Federowicz broke a 1-1 tie with a two-run single in the top of the ninth inning on Friday night, and starter Wes Benjamin and three relievers stymied the Iowa offense, propelling the Sounds to a 3-1 win over the I-Cubs at Principal Park. The Sounds are 4-0 on their final road trip of the season and have won 13 of their last 15 games overall.

The Sounds scored in the first inning and ninth inning, and that was enough for the win. Zack Granite led off the game with a walk, stole second and scored on a double by Andy Ibanez to make it 1-0 against Adbert Alzolay. 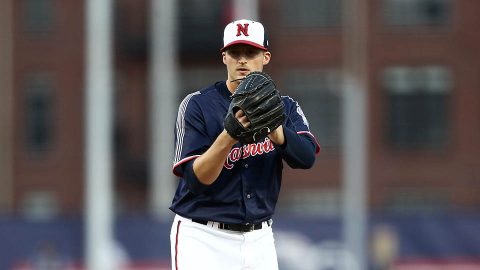 Iowa’s only run came against Benjamin in the bottom of the second on a single by Johnny Field, and that 1-1 tie stayed in place until the ninth. Benjamin tossed six innings and matched his season-high with seven strikeouts.

It was his third consecutive quality start and fourth in his last five outings.

Matt Davidson and Patrick Wisdom led off the final frame with singles against Duane Underwood and advanced on a wild pitch. Then Federowicz smoked a two-run single to the gap in right field for a 3-1 lead that became the final. Joe Barlow, Kyle Bird and Jake Petricka each worked a scoreless relief inning. Bird got the win, and Petricka notched his seventh save.

The Sounds trail the 1st-place I-Cubs by 8.0 games in the standings with 10 games remaining.

Jake Petricka has allowed just one earned run over his last 13 appearances dating back to July 21st.

The Sounds did not homer for the first time since July 26, ending a streak of 22 consecutive games with at least one homer (42 total).