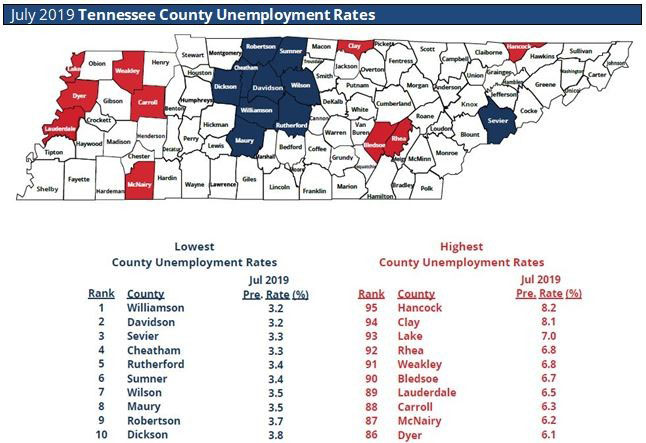 Montgomery County unemployment in July was 4.8 percent up 0.4 percent from June’s 4.4 percent. 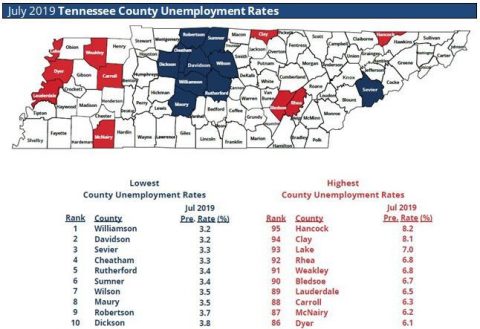 “Due to a variety of factors, it’s not unusual to see unemployment increase on the county level during the summer months,” said TDLWD Commissioner Jeff McCord. “We’ll continue to monitor these rates as we finish the summer and move into fall.”

Williamson County and Davidson County had Tennessee’s lowest jobless rate during July. At 3.2 percent, both counties experienced a jump of 0.2 of a percentage point in unemployment when compared to June’s numbers.

Statewide, unemployment slightly increased last month to 3.5 percent, an uptick of 0.1 of a percentage point when compared to June’s statistic.

The July unemployment rate for the United States remained unchanged in July at 3.7 percent.

County unemployment rates are not seasonally adjusted, while both the state and national rates use the seasonal adjustment to eliminate outside influencers on the statistics.

You can find a complete analysis of the July 2019 unemployment rates for each Tennessee county here.

A comprehensive listing of labor market information is available on the state’s workforce development website, www.Jobs4TN.gov