Omaha, NE – The Nashville Sounds struggled to get their offense going in their series opener against the Omaha Storm Chasers. Arnaldo Hernandez held Nashville to just one hit, as the Storm Chasers shut out the Sounds 5-0.

That one hit came in the first inning, when Andy Ibanez hit a double. But Hernandez pitched masterfully, retiring the next 11 batters. Hernandez would walk Jett Bandy in the fifth inning before retiring the rest of the batters he faced.

Omaha scored enough to win the game in the first inning. They scored one run when Rudy Martin launched a solo home run to lead off the game for the Storm Chasers. 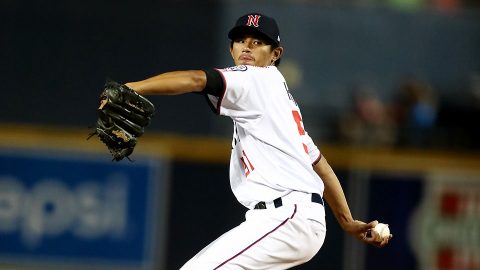 The Storm Chasers would score three runs in the bottom of the third inning. Erick Mejia hit a two-run double and advanced to third on a fielding error.

He scored on a sacrifice fly by Jorge Bonifacio to give Omaha the 4-0 lead.

Former Sound Adam Moore hit a solo home run himself in the bottom of the fourth inning for further insurance. That turned out to be the final score of the inning, giving Omaha the 5-0 win.

The one hit matches Nashville’ season-low this season. In game two of a doubleheader on April 21st, San Antonio one-hit the Sounds in a seven-inning contest.

It was the seventh time Nashville was shutout this season. Omaha was the last team to shut out the Sounds back on July 4th.

The Sounds recorded 4.0 shutout innings of relief between Wei-Chieh Huang and Locke St. John. Both didn’t allow a hit. Huang threw 3.0 of the innings, striking out three batters and walking one.

The Sounds left just one player on base tonight, recording just 28 plate appearances in the game.

The last time an opponent led off against the Sounds was Gavin Lux on June 30 versus Oklahoma City.