Clarksville, TN – The Austin Peay State University (APSU) soccer team hosts Mercer for a 7:00pm Friday night, August 30th, home opener looking to get in the win column for the first time in 2019.

The Govs hit the road twice in the opening weekend, playing Chattanooga to a 1-1 draw and dropping  a match to Middle Tennessee.

The Governors return to Morgan Brothers Soccer Field for the first time this season to host Mercer, with a chance to win the home opener for the fourth consecutive season. 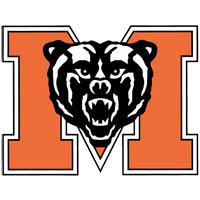 Last season the Govs took on Mercer for the first time in program history, coming away with a 1-0 win in Macon, Georgia. A goal in the 63rd minute was all it took, as Governor keeper Mary Parker Powell had seven saves en route to the shutout victory.

Notably, Mary Parker Powell logged all 200 minutes in goal for the Govs over the opening weekend. The senior keeper saved nine shots over the two games, and allowed only one goal in the Governors double-overtime draw against Chattanooga.

Senior midfielder/defender Renee Semaan was the only other Gov to play all 200 minutes over the weekend. The pair of seniors seems to feature prominently into the Governors’ plans moving forward.

Junior Katie Kenward scored the only goal of the opening weekend. Kenward found a loose ball after a cross from Ashley Whittaker was deflected and put it in the back of the net against Chattanooga. Kenward’s goal in the opener is the second of her career, and ties her total from the 2018 season.

After the Friday night match against Mercer, the Govs take the rest of the weekend off to prepare for a trip to the Rocky Mountains. The first stop is in Boulder, for a September 5th match against Colorado. Then the Govs head farther north to Greeley for a 12:00pm, September 8th match against Northern Colorado.

To keep up with Austin Peay soccer scores, news, and updates be sure to follow along on Twitter (@AustinPeaySOCR).