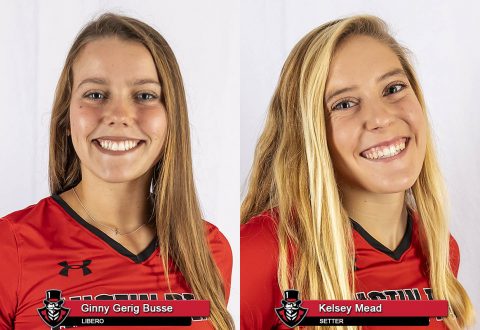 Gerig Busse led the Governors in Raleigh with 46 digs (4.60 per set) and no reception errors on 41 serve receptions over the Govs three matches. She ended her weekend with 18 digs (6.0 per set) against Maryland after posting 15 digs against host North Carolina State and 13 digs against Kansas State.

Mead saw action during the opening weekend as head coach Taylor Mott [3] deployed a 6-2 offensive system to try to spark the Govs offense. In her first full match, she recorded 21 assists and seven digs against Kansas State. She then added 16 assists, 13 digs and two kills against Maryland. In her first action as a Governor, she had five assists, four digs and two service aces in one set against host North Carolina State.

Austin Peay returns to action this weekend with a trip north for the Wildcats Invitational and matches against host Northwestern, Stephen F. Austin and Texas Tech, Friday-Saturday, in Evanston, Illinois.