Clarksville, TN – From seeking a Military Affairs Commission to calling for progress on a truckload of important road projects, City Council members are ready to present their list of legislative priorities to lawmakers who represent Clarksville and Montgomery County in the Tennessee General Assembly. 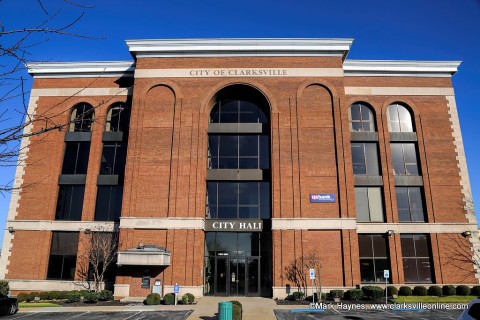 The Clarksville City Council and Montgomery County Commission have developed distinct legislative agendas and will present them at a joint reception for lawmakers September 24th. On roads needs, the two local governments plan to present a nearly identical list of projects that both agree need action.

Clarksville Mayor Joe Pitts formed the committee in March to work on the City’s legislative agenda to present to local state lawmakers. The City committee was modeled on the structure Montgomery County government has used for several years to identify topics the County Commission wants local legislators to carry forward at the Statehouse.

Here is the City’s legislative agenda for state lawmakers:

Customers now pay $4.00 in addition to the drivers license renewal fee for the convenience of using the City Hall DMV satellite location.

Counties and cities use this grant program to create parks and recreation opportunities. Clarksville has benefited from these grants in the past and wants the program to be fully funded to provide resources to add facilities to meet the demand created by community growth.


The multi-billion dollar impact of Fort Campbell and other military-related investments in Tennessee require creation of a cabinet-level, stand-alone commission to support military affairs in Tennessee, the City Council says in its proposed agenda. A state Military Affairs Commission was eliminated in 2008-09 because of inactivity.

It is a class E felony to flee from a lawful traffic stop, but Clarksville has a restrictive pursuit policy. Operators who flee recklessly often aren’t charged because they can’t be identified, but the vehicle often can be identified. This provision, if approved, would allow law enforcement to ticket the vehicle’s registered owner for failure to act responsibly, which would mean points could be assessed against that owner’s license.

Legislation is needed to create state tax credits to promote rehabilitation and preservation of qualifying historic buildings. The “Historic Rehabilitation Investment Incentive Act,” filed in 2017, is recommended as a starting point.

Both City and County committees came up with an agreed list of roads projects that “support the region and state economic vitality by enabling competitiveness, productivity and efficiency.”

The City Ad-Hoc Legislative Agenda committee grouped projects into three categories, roughly described as new priorities, ongoing projects with Improve Act funding that have moved through various stages of planning, and “needed projects” that have been subject to varying levels of planning and funding but are not on the Improve Act list.

The Agenda “encourages the Tennessee Department of Transportation to obligate funding” for these road projects.

The Agenda calls for TDOT to “continue support and ensure funding for timely completion of these Improve Act projects:”

The Legislative Agenda encourages TDOT to issue construction bids as scheduled for December 2019, and recommends safety improvements to make a double-lane eastbound off ramp, install a traffic signal and provide more vehicle space under the interchange for the I-24 westbound on-ramp.

The Agenda notes funding for this project was included in the FY2017-2020 state Transportation Improvement Plan and urges TDOT to issue construction bids as scheduled in August 2020.