Springfield, MO – While the opening round for Austin Peay State University (APSU) women’s golf team held promise, the second round at the Missouri State Payne Stewart Memorial indicated there was plenty left to be done for the Govs in the 2019-20 campaign. 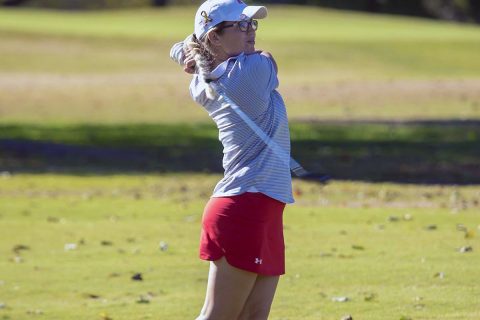 Through 36 holes, the Govs find themselves in 10th with a two-round 617 (304-313), a precipitous drop that took them from one shot outside the top-five to needing to gain ground in Tuesday’s final round. UTEP (589) leads the tournament, with host Missouri State (591) two shots back.

The Governors top returner, Taylor Dedmen [1], shook off a six-over opening round to post a second-round 75 and a birdie on the 493-yard par-5 at No. 8. She has a shot at a top-20 finish, sitting one shot behind the current top-20.

Final-round action at Twin Oaks Country Club begins 8:30am, Tuesday, with a shotgun start. The APSU Govs will be paired with Oklahoma City and Drury.