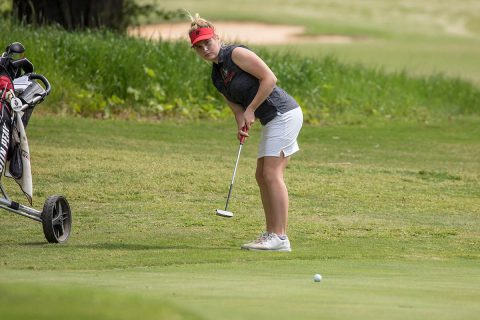 Thanks largely to an eight-under team score, Oral Roberts took the tournament title.

Senior Meghann Stamps [2] and junior Riley Cooper [3] tied for 42nd with matching 232 scores. Stamps (76-78-78) was bitten by the bogey bug in the final round, with eight marring an otherwise impressive effort in her senior debut. Cooper (76-80-76) birdied the par-4 at No. 5, which played as the fifth-hardest hole in Tuesday’s final round.

The Govs will forge ahead into the MSU Greenbrier Invitational in Lexington, Kentucky, next week for Morehead State’s annual fall event at Greenbrier Country Club, September 16th-17th.