They were last seen around 5:30pm inside of the house. Around 7:30pm, when a family member came home, the children were both gone. There were no signs of forced entry or any indication of foul play. 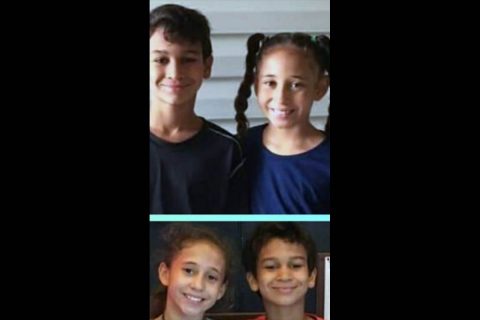 Family members checked possible locations where the children might be, without success and police were contacted around 10:00pm. When officers arrived, they also canvassed the area for the children, but to no avail.

Detective Neagos was called in to work the case. He had very little information to work with at the onset of the investigation. The surveillance footage checked from the residence and surrounding homes showed the children entering the house, but not leaving.

There was conjecture by the children’s guardians that the biological mother, Jennifer Lewis, who lost custody and all rights to the juveniles in January 2019, possibly took them. She already had a warrant on file for custodial interference. There had been previous occurrences, outside of CPD jurisdiction, when the children visited Lewis and she did not return them. On those occasions, they were found in Colorado and New Mexico. In the early stages, there was no solid information to support the theory Lewis had taken them.

Since the children were not located locally, several actions were taken within a short period of time. There was a “be on the lookout” notice issued and the children were entered into the National Crime Information Center and the National Center for Missing and Exploited Children databases. There was insufficient information to support issuance of an Amber Alert. A media release was sent out with the missing children and Lewis’s information. Police checked previous addresses Lewis had lived, but they did not pan out.

Through the use of social media and electronic communication data and records, police started to find more solid links to the children being with their mother, Jennifer Lewis. Jennifer Lewis had a very transient lifestyle, including multiple registered vehicles, which made locating her even more difficult. But, there was now sufficient information available for the TBI to issue an Amber Alert.

In the meantime, law enforcement agencies working as a team had tracked down a possible location for Lewis and children in Wytheville, VA. TBI coordinated and requested assistance from the Virginia State Police. CPD contacted Wytheville, VA law enforcement who offered, along with Virginia State Police, to put boots on the ground check out possible locations for Lewis and the children.

Lewis and the children were tracked down to a local Wytheville hotel and taken in custody, late in the evening of September 6th.

It was determined Lewis had previously been in contact with the children. They were able to make her aware when the guardians were not at the house. The children voluntarily left with Lewis.

The Clarksville Police Department coordinated with Virginia DCS to return the children to Tennessee.

Jennifer Lewis faces various charges in different locations throughout Tennessee. When she is extradited back to Clarksville, she is facing Two Felony Custodial Interference charges

Numerous federal, state and local agencies were involved, working day and night to safely return the children to Tennessee. At the conclusion of the investigation, it had been determined the guardians had not violated any laws.