Clarksville, TN – Clarksville Police have charged Gregory Pierre-Louis in conjunction in a crash resulting in the death of an unborn child and injuries to the occupants of a 2011 Nissan Sentra on March 3rd, 2019 around 9:40pm. 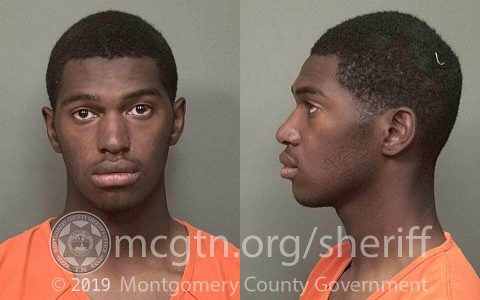 The driver of the Nissan made a left turn heading toward Evans Road, crossed into the path of oncoming Honda which was unable to stop in time, resulting in a Nissan being struck on the passenger side of the vehicle.

The crash resulted multiple injuries to the 37 year old woman, juvenile, and the death of the juvenile’s unborn child.

An investigation by CPD’s Fatal Accident Crash Team uncovered Gregory Pierre-Louis was driving a Honda Accord in excess of 95 mph in a 55 mph zone at the time of the crash. He was driving the Honda in an unlawful and reckless manner while on the roadway with other drivers, causing a wreck, and the death of an unborn child and injuries to a 37 year old woman and juvenile occurred due to those actions.

Alcohol usage was not a factor in the crash.

Gregory Pierre-Louis, age 21, was indicted by the September 2019 Grand Jury on: Vehicular Homicide By Recklessness, Two Counts of Aggravated Assault, Reckless Endangerment With A Deadly Weapon, and Speeding. He was booked into Montgomery County Jail on Wednesday, September 11th, 2019. Pierre-Louis’s bond is set at $100,000.