Clarksville, TN – On September 26th, 2019, around 1:00pm, Clarksville Police Department’s agents and detectives stopped a vehicle at 502 Providence Boulevard. One of the men inside of the vehicle, Ramon Gholston, was known to have outstanding warrants.

During the arrest, there was a black bag found with suspected heroin, a 38 special handgun, and some other drugs located where Gholston was sitting. 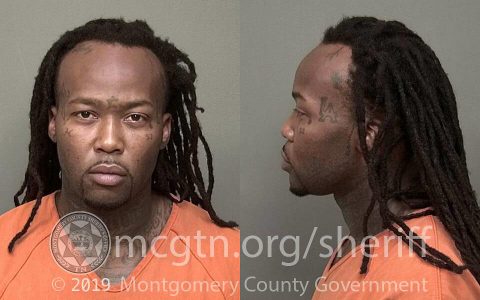 It was found Gholston had been convicted in July 2007 of a Felony, 1st Degree Murder, preventing him possessing a firearm and ammunition.

Additionally, he was charged in conjunction with Aggravated Robbery occurring in March 2019, in which a man was robbed and struck in the head with a gun. There were also other warrants involving the city and county.