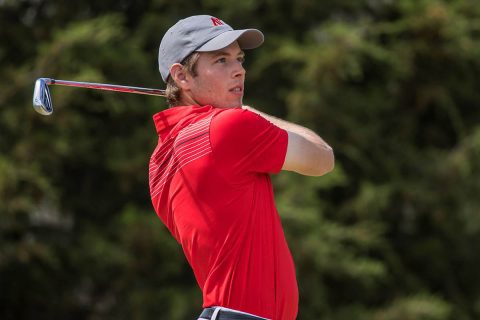 A host of Ohio Valley Conference foes will visit Greystone for the 21st iteration of the event, and fourth straight year it will be held in Dickson.

The Govs have posted back-to-back top-five finishes at their home event, and 17 in the first 20 versions of the event. The Govs seek their first win since the event moved to Greystone, and their first team title since 2014.

The Govs bring a veteran lineup to the home event—four of the five men in the Austin Peay lineup have made multiple appearances in this event, with junior Chase Korte [1] the leading finisher for the Govs each of the last two years, with back-to-back top-10 showings. He’ll look to be the first individual champion since 2011.

A trio of seniors will make their fourth appearance in the home event. Michael Busse [2], Austin Lancaster [3] and Alex Vegh [4] will be the Nos. 2, 3 and 5 players for the event, with Busse looking to break through with his first career top-10 at Greystone after a career-best 13th a year ago. Lancaster was the first-round leader at the State Open at Greystone back in the summer.

Freshman Tate Dickerson [5] will take his first crack at the home event on Monday. Two years ago, Korte and Jay Fox [6] both earned top-20 finishes as freshmen.

Fox, Micah Knisley [7], Garrett Whitfield [8] and Morgan Robinson [9] each will compete as an individual for the Govs this week. Whitfield tied for 13th in this event a year ago, while Robinson will make his first appearance in the annual home tourney.

Day one begins with an 8:00am shotgun start, followed by 36 holes. As opposed to the 2018 event, weather is expected to be agreeable for the entire event and should allow Tuesday’s final 18 holes to proceed without interruption beginning at 9:00am.

LetsGoPeay.com will be on-site to provide in-round updates and assist with live scoring, provided courtesy BirdieFire.com. A complete recap and photo gallery will follow each day of play.