Washington, D.C. – After a successful Thursday night, October 10th, 2019 launch, NASA’s Ionospheric Connection Explorer (ICON) spacecraft is in orbit for a first-of-its-kind mission to study a region of space where changes can disrupt communications and satellite orbits, and even increase radiation risks to astronauts. 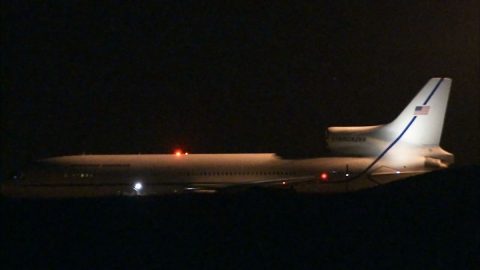 The first launch opportunity around 8:30pm CDT was skipped due to communication issues between the ground team at Cape Canaveral and the aircraft.

On the second attempt, the aircraft crew released its payload at 8:59pm CDT and automated systems on the Pegasus rocket launched ICON, a spacecraft roughly the size of a refrigerator, into space.

The spacecraft’s solar panels successfully deployed, indicating it has power with all systems operating. After an approximately month-long commissioning period, ICON will begin sending back its first science data in November.

ICON will study changes in a region of the upper atmosphere called the ionosphere. In addition to interfering with communications signals, space weather in the ionosphere can also prematurely decay spacecraft orbits and expose astronauts to radiation-borne health risks. Historically, this critical region of near-Earth space has been difficult to observe. Spacecraft can’t travel through the low parts of the ionosphere and balloons can’t travel high enough.

“ICON has an important job to do – to help us understand the dynamic space environment near our home,” said Nicola Fox, director for heliophysics at NASA Headquarters in Washington. “ICON will be the first mission to simultaneously track what’s happening in Earth’s upper atmosphere and in space to see how the two interact, causing the kind of changes that can disrupt our communications systems.”

ICON explores the connections between the neutral atmosphere and the electrically charged ionosphere with four instruments. Three of the instruments [1] rely on one of the upper atmosphere’s more spectacular phenomena: colorful bands called airglow.

Airglow is created by a similar process that creates the aurora – gas is excited by radiation from the Sun and emits light. Though aurora are typically confined to extreme northern and southern latitudes, airglow happens constantly across the globe, and is much fainter. But it’s still bright enough for ICON’s instruments to build up a picture of the ionosphere’s density, composition and structure. By way of airglow, ICON can observe how particles throughout the upper atmosphere are moving.

ICON’s fourth instrument provides direct measurements of the ionosphere around it. This instrument characterizes the charged gases immediately surrounding the spacecraft.

“We put as much capability on this satellite that could possibly fit on the payload deck,” said Thomas Immel, the principal investigator for ICON at the University of California, Berkeley. “All those instruments are focused on the ionosphere in a completely new science mission that starts now.”

ICON’s orbit around Earth places it at a 27-degree inclination and altitude of about 360 miles. From there, it can observe the ionosphere around the equator. ICON will aim its instruments for a view of what’s happening at the lowest boundary of space, from about 55 miles up to 360 miles above the surface. This rapid orbit circles Earth in 97 minutes while precessing around the equator, allowing ICON to sample a wide range of latitude, longitude and local times.

The Naval Research Laboratory in Washington developed the Michelson Interferometer for Global High-resolution Thermospheric Imaging instrument. The University of Texas in Dallas developed the Ion Velocity Meter. The spacecraft was built by Northrop Grumman in Dulles, Virginia. The Mission Operations Center at UC Berkeley’s Space Sciences Laboratory is tasked with operating the ICON mission.

For more information on ICON, visit: