Knoxville, TN – Tennessee Lady Vols Basketball, which is receiving votes in the AP and USA Today Coaches Polls, opens the home portion of its 2019-20 regular-season schedule on Thursday, November 7th, as the Lady Vols welcome the University of Central Arkansas to Thompson-Boling Arena for a 6:02pm CT contest.

The Lady Vols enter the match-up with a 1-0 record after tipping off the season Tuesday night with a 72-68 win over upset-minded East Tennessee in front of a sold-out crowd of 5,881 at Freedom Hall in Johnson City. 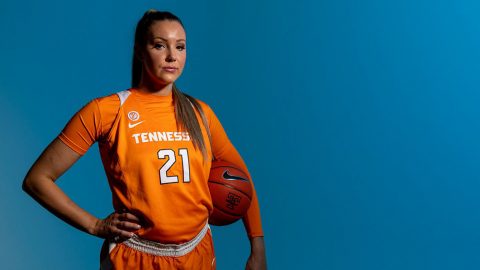 Entering Thursday, UT is 42-3 in home openers through the years, winning its last 19 in a row.

UCA is meeting the Big Orange in that school’s season opener and does not have an exhibition game under its belt. The Lady Vols are 2-0 all-time in the series vs. Central Arkansas, playing previously in November of 2015 and 2017.

Thursday night’s game will be streamed on SECN+, with Bob Kesling [1] (PxP) and Madison Blevins (Analyst) on the call.

Kids 12 & younger can pick up a wristband at the Fan HQ table on the concourse to participate in the pregame High-5 tunnel. Wristbands are limited. To purchase discounted group tickets and reserve wristbands for your team, call 865.946.7000.

Spark the Summitt with tickets starting at just $5.00 on allvols.com.

Free parking and shuttle service will be available from UT’s Ag Campus. Shuttles begin two hours prior to tip-off.

The Tennessee Lady Vols staved off a tenacious East Tennessee squad on Tuesday night, opening the Kellie Harper [3] era with a gritty 72-68 win in front of a crowd of 5,881 at Freedom Hall in Johnson City, Tennessee.

Tennessee (1-0) was paced by junior Rennia Davis [4] and freshman Tamari Key [5] who each notched double-doubles. Davis ended the evening with 13 points and 10 rebounds, while Key recorded 11 points and 12 rebounds. Sophomore Zaay Green [6] led UT in scoring with 17 points.

ETSU (0-1) was led by Erica Haynes-Overton who poured in 41 points while pulling down 10 boards and snagging seven steals. E’Lease Stafford was also in doubles figures for the Bucs with 13.

Transfers Making Waves: Jaiden McCoy [9] started the game for UT, becoming just the second transfer student to start in her debut. Shannon Bobbitt was the first in 2006. Meanwhile, Lou Brown [7] came off the bench to pour in 11 points, making her one of just five transfers to score in double digits during her first game in orange.

TK Coming In Hot: Freshman Tamari Key [5] made her presence known, pulling down 10 boards in the first half en route to a double-double with 11 points and 12 rebounds in her Lady Vol debut. She became the eighth Lady Vol to record a double-double in her debut. She is only the sixth Lady Vol ever to record 10+ rebounds in her debut with only one other (Tiffani Johnson, 17) having ever recorded more than her 12.

Double-Double Davis: Junior Rennia Davis [4] logged 13 points and 10 rebounds to record her first double-double of the season and the 19th of her career. She is now tied with Jaime Nared [10] for 19th all-time in career double-doubles.

Owning The Glass: The Lady Vols out-rebounded the Bucs 62-29 and outscored them 19-2 in second-chance points via 25 offensive boards.

She was a second-team selection on the SEC Media Preseason squad.

Last season, Davis was an All-SEC Second Team choice by both the media and coaches.

Up Next For UT Lady Vols

Tennessee plays its third game in seven days on Monday, as the Lady Vols hit the road to take on No. 16/14 Notre Dame in Purcell Pavilion at the Joyce Center.

About the Central Arkansas Sugar Bears

This marks the season-opening game for the Sugar Bears, with no known exhibition games under their belts.

UCA has twice made the NCAA Tournament, last making the field in 2017.

UCA’S Last Season At A Glance

UCA went 12-18 overall and 6-12 in the Southland Conference a year ago, finishing eighth in the league standings.

No. 12/13 Tennessee made history on defense when it held Central Arkansas scoreless in the fourth quarter and to 10 total second-half points in a 77-34 victory on November 30th, 2017, at Thompson-Boling Arena.

The Sugar Bears (3-2) came into the game averaging 78.8 points per game on .504 shooting from the field, but the Lady Vols’ best defensive effort since the season-opening ETSU game limited Central Arkansas to only 23.7 percent shooting from the field. The zero points scored by UCA in the final stanza of the game was the first time UT (7-0) has ever held an opponent scoreless in a quarter. The 10 points allowed in the second half also stood as a program best.

Halfway through the first quarter, UT found itself down one, as Central Arkansas led 6-5. A 15-0 run that lasted until almost the second quarter, however, broke the game open and pushed UT’s lead to 22-8 by the end of the opening period.