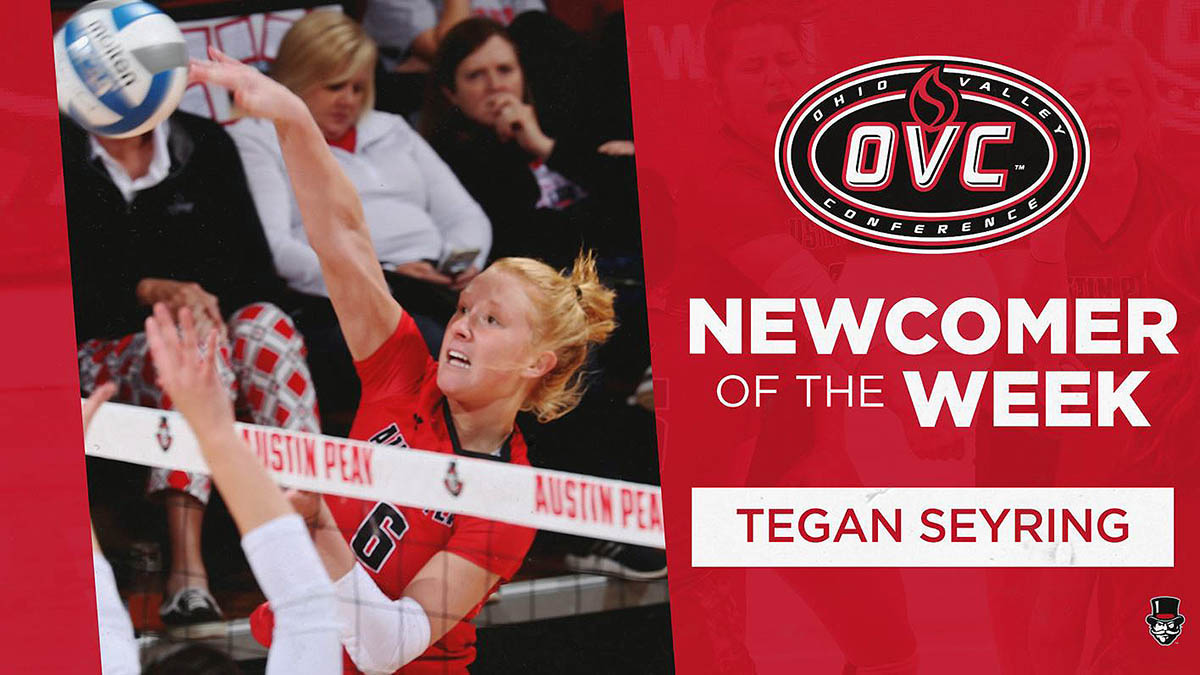 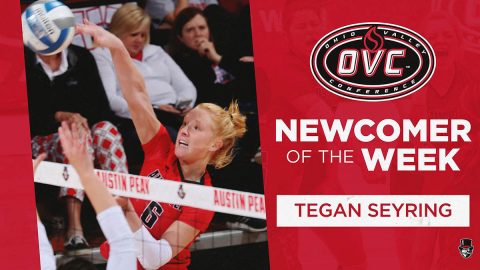 Seyring, of Yorktown, Indiana, opened the weekend off the bench at Southeast Missouri and promptly provided a then-career high 17 kills while posting a .300 attack percentage in Austin Peay State University’s five-set loss.

She promptly topped that performance with 18 kills and a .382 attack percentage in a five-win victory at UT Martin that helped the Govs secure a spot in this season’s OVC Volleyball Championship tournament.

It is Seyring’s second Newcomer of the Week award. She also earned the award October 5th after back-to-back double-digit kill performances against – Southeast Missouri and UT Martin.

Austin Peay State University closes its regular-season schedule with a pair of OVC contests this week. The Govs first face Murray State in a 6:00pm, Wednesday contest. APSU then closes its home slate and the regular season with a 2:00pm, Saturday match against Eastern Kentucky at the Dunn Center.