Bennell, a native of Turners Beach, Tasmania, Australia,  was named Newcomer of the Week in her first week in the OVC. 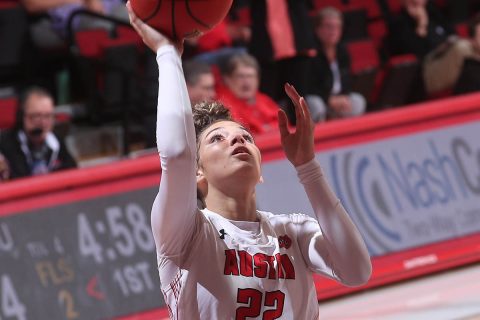 In her Austin Peay State University debut against Kentucky Wesleyan, Bennell led the Govs with 21 point, shooting 61.5% from the floor and  55.6% from three-point range.

Bennell connected five times from behind the three-point arc to help the Governors set the program single-game three-point record.

In her second contest, Bennell connected twice from three en route to a six-point outing. She added four rebounds and two assists in the game against Christian Brothers. In her first week in Clarksville, Bennell averaged 13.5 points, 3.5 rebounds, 3 assists, and shot 55.6% from the floor. Bennell is the first Governor to win OVC Newcomer of the week since Bri Williams [3] did it for the week of Jan. 10, 2017.

Kirby, a native of Parkersburg, West Virginia, picked up OVC Freshman of the Week honors in the first week of her collegiate career. Kirby exploded for 21 points in collegiate debut, to lead the Governors in scoring against Kentucky Wesleyan. Kirby shot 77.8% from the floor and 75% from three-point range in her collegiate debut, where she knocked down a team-high six three-pointers.

In the second game of her Governor career, Kirby was the team’s second leading scorer, with 12 points. Once again Kirby led the Govs from behind the three-point arc, knocking down a team-high three treys. Through the first week of the season, Kirby leads the OVC and ranks 10th in the NCAA in three-pointers made. Kirby averaged 16.5 points, 4 rebounds, and shot 64.3% from three-point range in the first week of her collegiate career to become the first Governor to win OVC Freshman of the week since Maggie Knowles [4] won the award for the week of January 22nd, 2019.

Bennell and Kirby became the first pair of Governors to win OVC weekly honors in the same week since Brooke Faulkner (Newcomer) and Whitney Hanley (Freshman) did it for the week of January 26th, 2009.

The Governors will be back in action when they tip-off a 7:00pm, Wednesday, contest in Champaign, Illinois, against Illinois.