Clarksville, TN – In what has become an annual holiday tradition, Clarksville’s own acoustic Celtic band is bringing their unique brand of Christmas cheer to the Roxy Regional Theatre at the corner of Franklin Street and First Street in Historic Downtown Clarksville for the fifth year in a row.

Performing traditional holiday tunes and carols with a Celtic flair, Red River Breeze will present “Joy to the World!” at the Roxy Regional Theatre on Sunday, December 8th, 2019, at 2:00pm.

Tickets are already going quickly for this much-anticipated follow-up to the group’s previous concerts at the Roxy, which have consistently sold out. 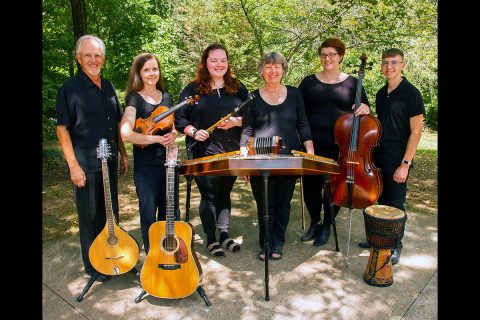 Red River Breeze is an acoustic instrumental group playing traditional Celtic, Renaissance, Old-Time and World music. The band, which has been in existence for over twenty years, has five albums to their name: Friday Night Favorites (May 2006), Morgan’s Song (October 2009), The Wren at the Window (October 2011), The Bird Whisperer (May 2015) and The Babe of Bethlehem (December 2015).

The concert will run approximately two hours, including two 45-minute sets and a brief intermission. Copies of the band’s recordings will be available for purchase during intermission and following the performance.